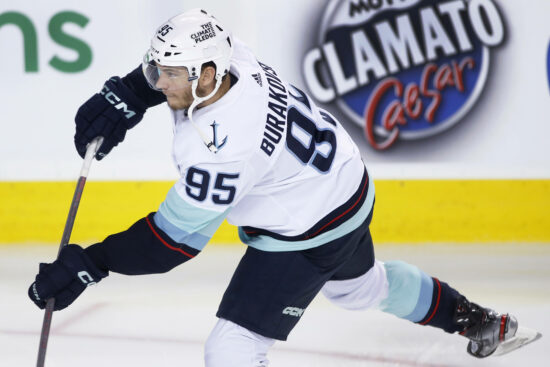 If you’re looking for the latest Canucks vs Kraken prediction and odds, then look no further than Vegas Odds.

The Seattle Kraken will be back at home on Wednesday, as they look to respond following a recent defeat. However, the Vancouver Canucks are the visitors this week, as they look for a second straight win in the NHL.

The Seattle Kraken has certainly appeared to look like consistent playoff contenders throughout this season. At present, they sit fifth in the Western Conference, and they are just five points off the top of the standings. No team in the top eight of the conference has won more regularly than the Kraken over their previous ten, but they will be looking for a response this week after falling to defeat in their last game.

That loss was just their fifth in overtime this term and their first from their previous ten games. It was suffered on the road against the Colorado Avalanche, as the two talented sides played out a 1-1 tie at the end of regulation. The Kraken goal in that eventual loss was netted by Ryan Donato.

Meanwhile, the Vancouver Canucks picked up a victory in their previous game. That success was only the third that they have managed in their previous ten, and that form ensures that they remain a long way off the playoff places in the Western Conference at present. However, the Canucks have been slightly more impressive on the road this term, as they have recorded more wins and fewer regulation defeats.

The Canucks ended a three-game losing streak on Tuesday evening, as they picked up a deserved 5-2 win at home to the Chicago Blackhawks. Andrei Kuzmenko scored twice in that win, while other efforts were recorded by Bo Horvat and Sheldon Dries.

The Canucks may have ended their losing sequence on Tuesday evening, but this is a completely different proposition against the Kraken. Therefore, we will be taking the home side on the spread.