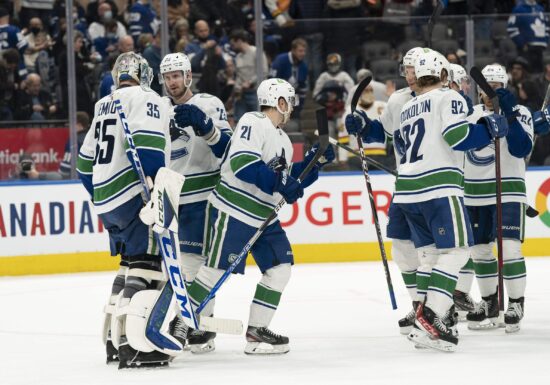 If you’re looking for the latest Capitals vs Canucks prediction and odds, then look no further than Vegas Odds.

There should be an interesting fixture in Vancouver on Tuesday evening, as the Canucks look to pick up a third straight victory. They will come up against the Washington Capitals, who have been incredibly inconsistent in the NHL throughout this season.

It wasn’t the start to the season that the Vancouver Canucks would have been hoping for, but they have certainly found their feet over the last seven days or so. They come into this fixture as one of the form teams in the Western Conference, as they have picked up wins in each of their previous three games. The Canucks have also gone 6-4-0 over their previous ten games and could move up the standings with a victory on Tuesday.

However, the big area of concern would be their erratic home form throughout the season. The Canucks have managed to record just three wins in eight games at Rogers Arena this term, losing four times in regulation already. All three of their previous wins have come on the road, with the latest coming against the San Jose Sharks earlier this week.

Meanwhile, the Washington Capitals are struggling for momentum in the Eastern Conference, as they sit 12th overall. They have won just four of their previous ten games, having lost five times in regulation over the same period. Furthermore, their form on the road this term already looks sketchy at best, as they have picked up just two victories.

The Capitals were heavily beaten in their previous fixture, which was a road game against the New Jersey Devils. Washington lost that fixture 5-1, with their only goal being scored in the final period when the contest was effectively over.

This is a pretty tricky game to call, as the Canucks have been poor at home, while the Capitals can’t win on the road. However, the Canucks recent form could be the key factor, and we wouldn’t be surprised to see them pick up a rare victory at Rogers Arena on Tuesday.