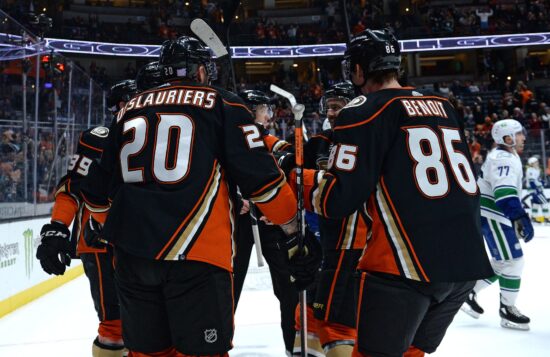 High-quality NHL action will be in store for fans on Tuesday evening, as two franchises on long winning runs clash in Anaheim. However, will it be the Ducks or the Capitals that can maintain the excellent form that they have shown in recent weeks?

The Anaheim Ducks have been one of the standout franchises in the Western Conference at this early stage of the season. However, their early season form has done very little to help their Stanley Cup betting odds for the season. They are still massive outsiders in the betting, as they are priced at around +6000 to win the trophy at the conclusion of the season. They look incredibly high odds for a team that have started the current season in fantastic form. The Ducks are second in the Pacific Division coming into this game on Tuesday and have won each of their last seven games.

No team in the NHL is in better form than the Ducks at present. Their seventh win on the bounce came against the Vancouver Canucks on Sunday night. The Ducks were able to pull away in the last two periods, scoring twice in each of the periods. Trevor Zegras scored two of the goals, while Adam Henrique, Sonny Milano, and Sam Steel also found the net.

The Washington Capitals have also been in good form in recent weeks, as they have won their last four. Only the Ducks are on a better winning run in the NHL at present, while the Capitals are the second-highest scorers in the Eastern Conference with 54 goals. Six of their nine wins this season have come in their last ten games, with their most recent victory coming against the Pittsburgh Penguins on Sunday night.

It was a huge success for the Capitals in that game, as they ran out emphatic 6-1 winners. They scored two goals in each of the three periods and looked a cut above their rivals at the weekend. Six different scorers scored in the win for the Capitals, with Garnet Hathaway, Evgeny Kuznetsov, Conor Sheary, Daniel Spront, Tom Wilson, and Martin Fehervary all getting in on the act.

Washington should have good confidence coming into the game away from home, as they have won the last two against the Ducks. Their most recent win was a 3-2 success on the road in December 2019. However, the Ducks have also won three of the last five.

This is a game that could easily go in either direction. However, we will be taking a chance on the Capitals, who have been very impressive in offense over the past couple of outings.