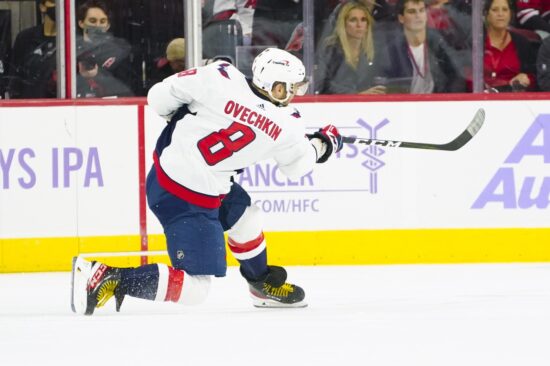 The Washington Capitals and Florida Panthers are both among the leaders in their respective divisions, but something will have to give when they clash in Florida on Tuesday evening. But, which side will get the win?

Capitals In Excellent Run Of Form

The Washington Capitals are one of the most in-form sides in the NHL at present. They have won eight of their last ten games, with only one of their two defeats coming in regulation time. They have also lost fewer games than any other side in the Eastern Conference, as they have been beaten on just three occasions in regulation time so far this season. However, they have lost eight games in total this term. Regardless, they remain an intriguing proposition in the Stanley Cup betting markets and look likely to continue to improve as the season progresses.

The Capitals won for the third game running over the weekend, as they moved to the top of the Metropolitan Division. It was an excellent performance by the Capitals, as they beat the Carolina Hurricanes 4-2 away from home. They scored twice in the second period, before making sure of the victory with two more goals in the fourth. Four different scorers found the net for the Capitals, as John Carlson, Dmitry Orlov, Alexander Ovechkin, and Aliaksei Protas scored in the win.

Panthers Have Lost Their Last Two

The Florida Panthers have hit a bit of a low point in their form over recent games, as they have lost their last two NHL games. They have also lost a total of six games in their previous ten, with four of those defeats being suffered in regulation time. Two defeats came in overtime, while they have also picked up four wins during the same period of fixtures. They still sit second in the Atlantic Division, but the momentum is certainly with the Toronto Maple Leafs, who have won their last four.

The Panthers lost their second game on the bounce over the weekend, as they were beaten by the Seattle Kraken. Seattle stormed ahead with two goals in the first period, before scoring two more in the final period to take the game away from the Panthers. Florida’s only goal in the game came in the first period, as Patric Hornqvist scored with one of his three shots at goal. However, they will need to improve to beat the Capitals this week.

The Capitals have the better record in the most recent meetings, as they have won three of the previous five. Washington’s most recent victory was a 4-3 success in the game between the sides last week. An average of eight goals per game have been scored in the previous four meetings.

Goals look to be the best way to go for this fixture. Over 4.5 goals have been scored in each of the last ten meetings, and it looks to have a good chance of happening once again.