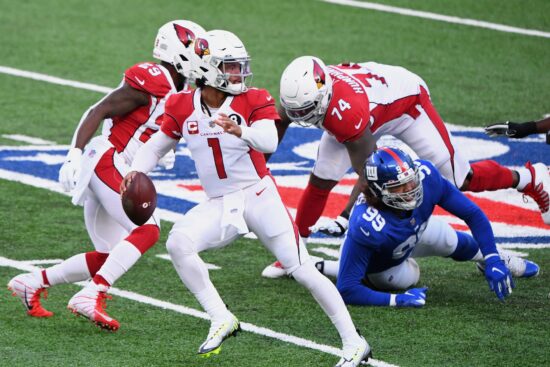 Two NFC foes meet at Soldier Field on Sunday afternoon. For the hosts, this is going to be the most important contest of the year because a loss here would mark the end of the playoff dreams.

Meanwhile, the Cards have no other option but to win; otherwise, the top seed in the NFC will go to some other team.

No Murray, No Consistency

Kyler Murray was one of the top favorites to win the NFL MVP award before his injury. While he played, the Cards were superb. Right now, with Colt McCoy at the starting QB, things are a bit different. Arizona posts mixed results, and the other rivals from the NFC are slowly cutting the gap between them and the Cards.

McCoy was solid in a 23-13 win in Seattle against the Seahawks. He threw 328 yards for two touchdowns and rand for 18 more. We could even say that this was a very good game for the veteran, but overall, the Cards are at least 20% weaker without Murray.

The newcomer from the Eagles, Zach Ertz, was his favorite connection. The former Super Bowl champion caught eight passes for 88 yards, two of them for scores. James Conner had 21 rushes for 62 yards and a TD.

The Bears were pretty close to adding another loss, this time on a Thanksgiving Day. To make it even worse, it would be against the Lions. Cairo Santos’ walk-off 28-yard field goal made the difference, but we can say that there really wasn’t too much distinction in the quality of these two units.

Andy Dalton had 317 yards, for a TD and a pick, and overall, the veteran did his job solid. But Chicago’s running game was below every expectation. The Bears posted 68 yards, David Montgomery 46 of them, which is way too low.

On the other side, the defense didn’t do anything well, apart from one sack on Jared Goff. Yes, we are aware that Khalil Mack didn’t play, but that can’t be an alibi for the remaining part of the team. Robert Quinn was the one who reached out to Goff.

The last game was in 2018, with the Bears visiting the Cards and winning 16-14 in Arizona.

With or without Murray (who could be back for this event), the Cardinals are the absolute favorites. At the moment, the spread on the visitors from Arizona is -7, which should be reachable without any problems. The Bears barely defeated the Lions, one of the worst teams in this decade, and to be perfectly honest, anything but an easy victory of the NFC leaders would be a massive surprise for us.