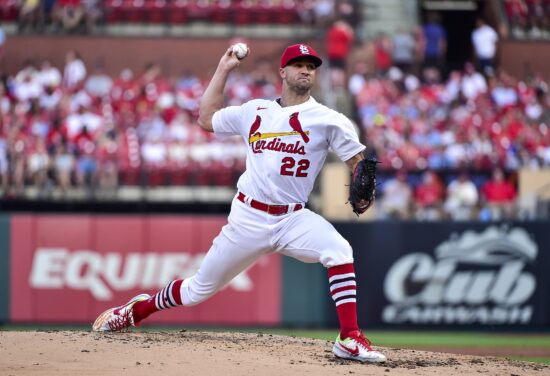 It was a rough trip to Fenway Park over the weekend with the St. Louis Cardinals dropping 2 of 3 to Boston, but things didn’t get any better back in the Midwest with the Milwaukee Brewers picking up a 2-0 win on Monday night in this battle for the NL Central. The victory was the 4th in a row for Milwaukee and has the Brew Crew back in sole possession of 1st place in the division.

Despite the big victory in the opener and the winning streak, Milwaukee is a +130 home underdog in Tuesday’s Vegas odds. The pitching edge would seem to go to St. Louis (-149) in this matchup but the more likely scenario is the respective bullpens deciding the winner.

Flaherty Working His Way Back

The Cardinals price tag of -149 in the Vegas odds seems a little lofty considering starter Jack Flaherty (0-0, 6.00 ERA) is making just his second start of the season. The right-hander began the year on the injured list with soreness in his pitching shoulder and threw just 3.0 IP in his debut last Wednesday.

Flaherty may work his way up to more pitches than the 60 he threw last week, but how many more? The Cardinals used just 1 reliever on Monday as Miles Mikolas went 6.1 IP and Johan Oviedo finished off the last 1.2 IP, so at the very least they should be sitting pretty in terms of bullpen availability.

St. Louis managed just 3 hits in the series opener but that’s what’s bound to happen when you run into the reigning Cy Young award winner Corbin Burnes. Juan Yepez had two of those but St. Louis still can’t be too happy about Paul Goldschmidt and Nolan Arenado combining to go 0-8 with 3K’s. Goldschmidt was 14 for his previous 30 and Arenado had a couple of HRs over the weekend at Fenway so they should bounce back just fine.

Brewers Turn to the Bargain Bin

Milwaukee is in 1st place despite trying to deal with a multitude of injuries to their starting pitching staff. That has forced them to sign Chi Chi Gonzalez off waivers from the Twins to take the mound for a spot start in the Cardinals vs Brewers June 21 matchup.

Gonzalez made two starts for the Twins this year but had a 7.71 ER in just 7.0 IP. Gonzalez threw just 3.0 and 4.0 IP in his two outings with Minnesota so the fact that Burnes went 7.0 IP on Monday gives Milwaukee some bullpen flexibility. Devin Williams came in for the hold and Josh Hader picked up his 20th save of the season, just like Craig Counsell draws it up each and every game.

The Brewers have plenty of experience against Flaherty facing him 15 times before as division rivals. Christian Yelich has gone 8-28 against the St. Louis pitcher in his career, adding a couple of HRs. Willy Adames (1-2, HR) and Keston Hiura (2-7, HR) have also taken Flaherty deep in past appearances.

St. Louis has the pitching edge on paper here with Milwaukee having to turn to the waiver wire to find their starter. Flaherty may stretch his second start of the season to 4.0 IP and if Milwaukee could get 4.0 IP out of Gonzalez they’d consider that a success. That means a lot of bullpen work for these two offenses to feed off of making this a total play.