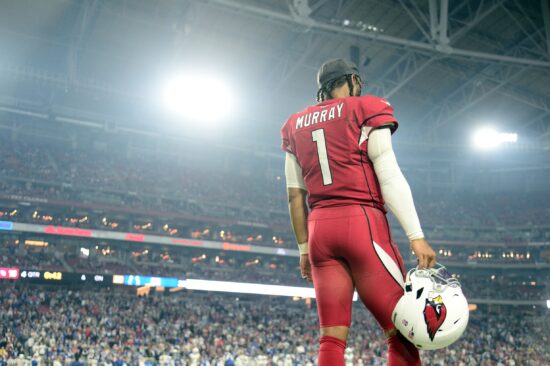 After more than two months, the Arizona Cardinals are no longer in the #1 position in the NFC West division. Their poor form has cost them the top position, which is now occupied by the Los Angeles Rams. The good news for the Cards is that they still have a chance to reclaim that spot in Week 17, but for that, they would need to beat the Dallas Cowboys at AT&T Stadium in Arlington.

Oddsmakers don’t think they’ll be able to do it. If you take a look at the Vegas odds for the Cardinals vs Cowboys clash in Week 17, you’ll see that the hosts are seen as huge favorites. The reason is that Dallas players have been fabulous lately, ensuring the NFC East title three weeks before the end of the regular season.

However, that fact itself means that they can relax. Whatever happens in the next two weeks, the divisional title will remain in their possession. Instead of going far and beyond to beat the Cardinals, the Cowboys might go with a more chilled approach. After all, they surely don’t want to risk any injuries.

The Cardinals do not look like the team that went 7-0 at the start of the 2021 season. Their recent performances have been nothing short of horrible. The Cards are now 10-5, with three of those defeats happening in the previous three games.

The most embarrassing defeat of them all is the one that they suffered two weeks ago when the Detroit Lions beat them 30-12.

So, what’s been going on with them? No one seems to know. Their key men are injury-free and their schedule hasn’t been too ugly. It seems that they simply might not be in the mood for playing football.

The good news for the Cardinals is that even if they lose both of the remaining games, they will still get to the postseason via Wild Card.

Dallas Thinking of the Playoffs

The Cowboys have completed their job in the regular season. Their record is 11-4, which puts them in the #2 position in the NFC rankings. It also puts them at the very top of the NFC East, which is where they will stay until the end of the season. Last weekend, they beat the Washington Football Team, thus securing the NFC East title.

This means that the remaining two games have no competitive value for them. Sure, they would love to win them, but not if it would mean some of their key men getting injured. For this reason, we could see their coach Mike McCarthy resting a couple of Dallas’ superstars.

The Cardinals need a win; the Cowboys do not. Still, even though Arizona will be motivated to win, this team’s form surely is worrying. Nevertheless, they do look capable of beating Dallas, especially if the Cowboys’ key men take a break from football.