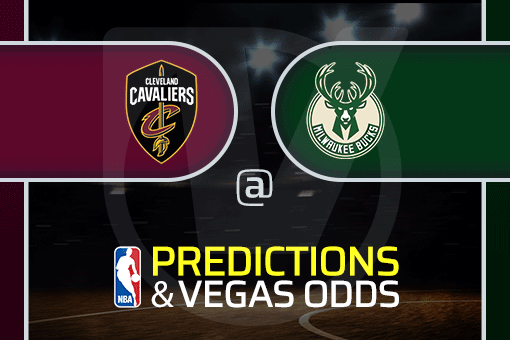 Looking for the latest Cavs vs Bucks prediction? Look no further Vegas Odds has you covered.

Watch Mitchell and Giannis battle it out as the number two and three teams in the eastern conference take each other on.

The one loss Cleveland has had in their last five games was to the Bucks.

The Bucks are 9-2 at home this season while the Cavs are 4-5 on the road this season.

Milwaukee is 4th in the league in opponents’ ppg giving up just 107 ppg.

Cleveland on the other hand gives up 108 ppg to opponents on the season, good for 8th in the association.

This is a matchup between two of the league’s top teams and some of the best players.

Cleveland’s Donavan Mitchell has been on a tear as of late. Looking like Dwayne Wade 2.0 in his prime. Mitchell is averaging 30ppg on the season putting up 34 points in his last game versus Portland.

On the other hand, the Bucks have been short-handed this season without star guard Khris Middleton but two-time MVP Giannis has been shouldering the load early in the season.

Giannis is averaging 30.5 points per game this season but has put up 36 and 37 points in his last two contests.

The key to deciding a winner in this game will be Cleveland’s ability to stop Giannis.

If picking a winner; we’re going with the Bucks.