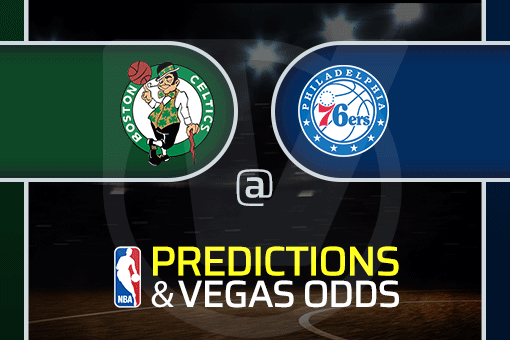 We’ve seen so many feisty and rough games between these two iconic franchises throughout history, and we can say without a doubt that this rivalry is one of the most intense in the NBA. Even though they are nowhere near the battle for the NBA title at the moment, the contest between the Cs and the 76ers is always generating massive attention.

Three consecutive victories are quite refreshing for the Cs’ fans who were desperate after seeing their team falling below .500. At the moment, Boston has 21 wins and losses and is looking better than a few weeks before.

After trashing the Knicks and the Pacers at home, they went on to beat the Pacers in Indianapolis, pretty easily, may we add, 119-110. They took a double-digit lead in the opening period and increased it after halftime controlling the rhythm and the pace pretty well.

Boston shot 51.3% from the field and hit 18 threes, seven of them Jaylen Brown, who ended the night with 34 points and five boards. Jayson Tatum had 33 buckets and seven rebounds, and both had the same shooting, 11-for-19. Dennis Schroder scored 23, missing one of his five three-point attempts.

Joel Embiid is playing superbly, scoring under 30 points only once in the last ten games. Interestingly during the previous five, he delivered the same number of buckets -31. The Process’ excellent displays have been the key to the 76ers’ wins. He usually turns up the pace at this part of the year, providing performances at the MVP level.

Though after seven wins in a row, he couldn’t lead the 76ers to a triumph two nights ago, when Hornets took down his Philly, 109-98. Embiid and his frontcourt teammates couldn’t control the glass well, allowing the guests to have 42 boards, nine more than they had.

The big fella had 31 points with six boards, while Tobias Harris scored 17 and had eight rebounds. Tyrese Maxey, who came back after a while, had 10 the same as Seth Curry. Furkan Korkmaz dropped 14 off the bench, but that was way too few for the hosts to record a better result.

We need to say right away that the limit for the total points is looking a bit lower than we expected. That was because of all the matchups on the floor, where for example, the Cs have no answer on Embiid, while on the other side, the 76ers can’t match Brown’s and Tatum’s skillsets in their positions. That is why we believe that this game is going over.