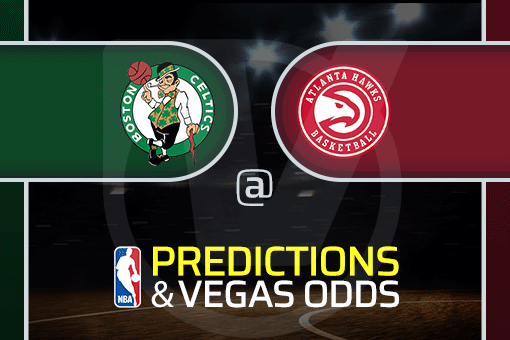 The stakes are high in Atlanta, Georgia, tonight. Winning this game might have big implications on the East standings because both the Celtics and the Hawks chase the playoffs. Right now, the situation is not ideal at all, and a victory is a must for either team.

The Hawks woke up in recent times, as well as the guests, which promise a very good and interesting battle.

C’s in Search of Consistency

The Celtics have seven wins and three defeats in the last 10 games, but overall, they play in series, either winning or losing. After suffering two upsets at home to the Hornets and the Trail Blazers (both massive surprises), they beat the Wizards on the road and the Kings at TD Garden.

Jayson Tatum exploded in the latest two events, scoring 87 points combined. He would deliver a 51-point performance in DC against the Wizards and, after that, drop 36 more buckets on the Kings’ defense.

The offense has been on fire, and that’s not just because of Tatum – the whole team worked much better than before. On the other side, the defense also needs to be credited because they halted the Wizards at 87 points and the Kings at 75.

Atlanta on the Run

The Hawks are even more extreme than the Cs in terms of playing in waves. After losing five games, Trae and the boys won the previous five events. Among those victims were the NBA champions, the Milwaukee Bucks, and the contenders for the title, the Miami Heat.

During this stretch, the offense was perfect, scoring at least 100 points, three times more than 120. Trae was on fire up until the latest matchup, vs Kings, 121-104, but here we saw Onyeka Okongwu and Bogdan Bogdanovic taking over the situation.

Trae is playing very well this year, but he isn’t among the NBA MVP contenders. He averages 27.7 points, 9.3 assists, shoots 45.3% from the field, and deserves to be at least mentioned in MVP talks. Though, the biggest obstacle for that is Atlanta’s poor record.

The Hawks were better in the first meeting this year, 110-99, which also took place at State Farm Arena. John Collins had 20 points and 11 boards, Kevin Huerter dropped 19 buckets, and Trae scored 18 with 11 assists. Tatum had 34 for the guests, and Grant Williams 18.

The line for the total points is set at 218.5. After seeing that both teams had very good offensive performances recently and that on one side, we have Tatum on a rampage, and on the other 110+ points delivered constantly, our prediction here is Over. It is logical to choose after reading and analyzing all the stuff from above.