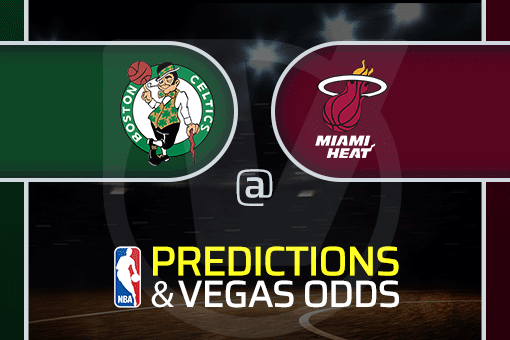 The Miami Heat want to utilize the home-court advantage in the best possible way and take a 2-0 lead before heading for Boston. It would mean a lot for them to have a two-game edge coming to one of the most hostile places in the NBA.

They also want to use the fact that the guests have injury problems, with Marcus Smart and Al Horford probably skipping this event as well.

Marcus Smart is the reigning NBA Defensive Player of the Year. But not only that, he is the glue to this team, and the factor that unites the lineup on the floor, somebody who creates perfect chemistry regardless of the players in the lineup. Meanwhile, Al Horford is one of the best centers in the league despite his age. We’ve seen him having some fantastic performances against the Bucks.

Not having these two guys is a massive headache for Ime Udoka, especially on the defensive side of the ball. That is why the Heat dropped 118 points in the first place, be sure of that.

Both Tatum and Brown did their thing combining for 53 points. Tatum had 29 buckets but was forced to commit seven turnovers in this one. Brown had 24 with ten boards. Robert Williams III scored 18 and had nine boards, while Payton Pritchard had the same number of buckets off the bench.

It is not odd to see Jimmy Butler dropping 40 or more points in the playoffs. Hell, he is more frequently doing this in the postseason than during the regular part of the campaign. Butler had 41 buckets in Game 1, but besides that, he secured nine boards, five assists, four steals and three blocks, with a superb defensive effort on the other end.

Tyler Herro ended the night with 18 points off the bench and eight boards, while Gabe Vincent scored 17 as the starting point guard. Vincent is proving to be a jackpot for Erik Spoelstra in the moments when Kyle Lowry isn’t playing.

The Heat was struggling to find the rhythm in the opening period, but as soon as they had a chance to regroup at halftime, they would come out to roll over the rivals. The third sequence saw them scoring 39 and allowing 19 points.

Celtics vs Heat Head to Head

Miami won 118-107 in Game 1. They were down 13 points midway through the second period, but after that, the Heat reached a 20-point edge which would be enough for them to close the game without any problems.

Smart is most probably out, while Horford has some chances of playing. It is up to the Covid-19 protocols to decide whether he plays or not; otherwise, the Cs center is feeling OK. Nevertheless, the Heat will win this one because even without only Smart, Boston can’t compete with Miami.