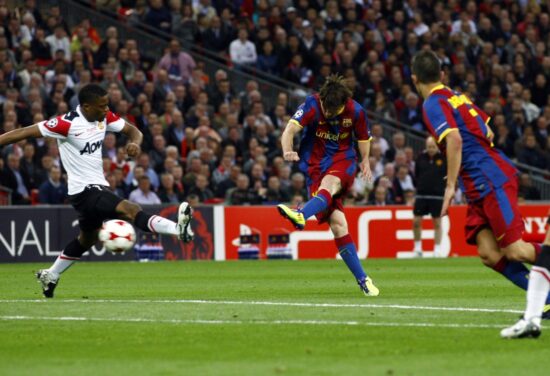 Barcelona and PSG are bringing the most interesting clash in the UEFA Champions League’s round of 16. The two powerhouses are expected to provide lots of fun, and even though they have numerous problems with injured players, the hype surrounding the clash is extreme. Neymar won’t play, which is a great blow for the guests from Paris, but even without him, the Saints have enough quality to challenge Blaugrana.

All Eyes on Messi

The Argentinian and the leader of the team had a nasty period, during which he encountered numerous troubles on and off the field. He would show his temper and frustration by hitting the rivals on a couple of occasions. Also, he filed a lawsuit against the local media who revealed certain parts of his last contract.

Though, against Alaves last night, Mesi would score two goals and make assists, showing that he expects PSG in a good mood, and that his focus is on the game. Young Trinicao also scored twice, indicating that he might be a hidden weapon for Koeman, who desperately needs some big-time win to ensure his status.

Barcelona has several players who won’t play on Tuesday, among them Gerard Pique, Sergi Roberto, Ansu Fati, and Coutinho. Braithwaite and Araujo are out as well.

Since the former Tottenham boss sat on PSG’s bench, the team suffered several changes. The Saints are playing slower, and more tactical than before, becoming a team that isn’t keen on scoring as many goals as possible but instead the one that protects its lead. And we, as well as the majority of PSG’s fans, don’t like that. Still, at the end of the year, we’ll see if this approach works.

Just one of the past five matches they had away from home saw over 2.5 goals, and that was a loss in Lorient, 3-2. All this is because of Poch, who insists on keeping the ball and focusing on counter-attacks in the moments once his team has the lead.

PSG has even more injured players than Barca. Bernat, Di Maria, Neymar, Varratti, Rafinha, Dagba, all of them are ineligible for this event. And to be honest, this is a problem.

The last time these two sides met, Barcelona pulled off one of the greatest shocks in the UEFA Champions League history. They would erase a 4-0 deficit and defeat 6-1 in the second leg of the round of 16, to eliminate PSG from the competition.

Barcelona vs PSG Pick and Prediction

The first pick here is a moderate efficiency, meaning two or three goals. There are too many injured players, and neither of the two coaches would like to risk anything already in the first leg, which is why we expect to see a bit slower game than expected. Of course, these teams’ attacking potential is magical even with all the absences, which is why we left some space for goals.