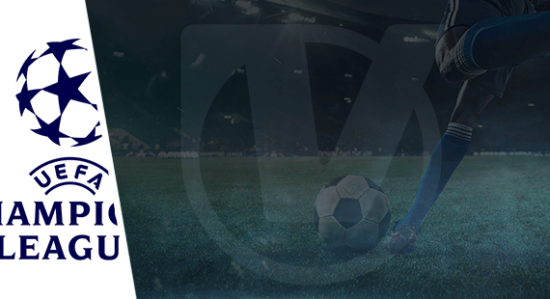 Saturday, May 28 is when we’ll find out which team will become the new kings of Europe.

Liverpool and Real Madrid will lock horns in the Champions League final at Stade de France in Paris.

Whatever happens in the game, no one should be surprised. After all, both teams are real heavyweights in European soccer. Between them, Real Madrid and Liverpool have a combined 19 UCL titles. Knowing this, one can only assume the Champions League final is going to be a real thriller.

To take the excitement to the next level, the trick is to place some bets. If you want to learn about our top betting pick for this game, make sure to check out our UCL Final preview.

If you’re looking for some more exotic picks, just keep on reading – we’re now going to present you with the best prop bets for the Liverpool vs Real Madrid game.

Top soccer betting sites see Liverpool as the favorite in Saturday’s game, although the Reds aren’t odds-on favorites. That said, predicting the outcome of the final is far from easy. This, however, doesn’t mean you shouldn’t bet on this game – apart from the match-winner, you can bet on many other interesting markets.

If you need help with finding the right UCL prop bets, we’re here to help. In this post, we’ll reveal our prop picks for the Champions League final.

Real Madrid’s no.9 is the current top scorer of the 2021-22 Champions League. With 15 UCL goals to his name, Karim Benzema will probably stay in the #1 spot on the goalscorers’ list regardless of what happens in the Champions League final.

What’s very interesting is that 10 of those 15 goals happened in the UCL knockout phase. Since the start of the year, we saw him score a hat-trick against PSG, as well as against Chelsea. Benzema also scored twice against Manchester City in England, as well as the crucial goal in the rematch played in Spain.

Knowing all this, the chances are we’ll see him score again. With the odds of +166, backing Benzema to score at least a goal on Saturday looks like a pretty decent prop bet.

Considering that the Merseyside Reds are expected to be on the front foot on Saturday, they’re likely to score the first goal in the match. If they’re going to do it, which player will be the one to pull the trigger? Judging by Vegas odds on the “first goalscorer” market, it’s Mohamed Salah.

The last time Liverpool won the Champions League (in 2019), Mo Salah was the one to score the opener in the final. He made it 1-0 by scoring a penalty against Tottenham in the second minute of the game. Can he do the same three years later?

Priced at +450, Salah to score first looks like a very good prop bet, especially knowing that he’s been Liverpool’s most lethal weapon this season.

Real Madrid is tied first in the UCL when the number of yellow cards is concerned with 26 thus far. Los Blancos are also among the top teams when it comes to the number of fouls committed. Still, the team whose players have made the most fouls in the 2021-22 Champions League is Liverpool (138 fouls).

However, history teaches us that the duels between these two aren’t very violent. In fact, just one of their previous three meetings saw “over 3.5” bookings.

Are we going to see “over” on Saturday? It sure seems so, as evident from the fact that oddsmakers are giving just -164 on this prop bet.