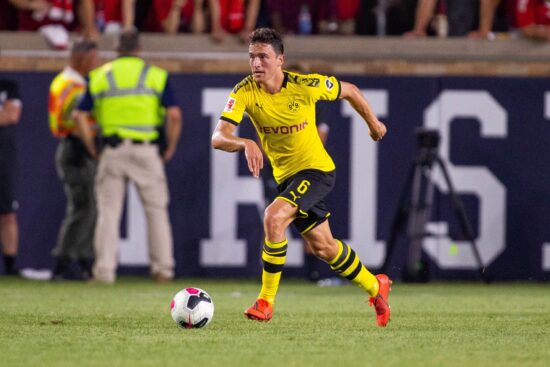 The reigning Europa League winners, Sevilla, are meeting with Borussia Dortmund this Wednesday. Rojoblancos are looking very confident, and above all, they play superbly recently, routinely defeating all of their rivals.

Meanwhile, Borussia is unstable, and they aren’t fulfilling a bit of their potential. It appears that the Millionaires have far too many individuals in the team in order to make some notable success.

The Spaniards are on fire, with nine straight wins, including the one in Copa del Rey against Leganes, which saw overtimes. But what is really impressive is the fact that this team had eight clean sheets during that stretch, with the only one coming in Vitoria against Alaves, 1-2, back on January 19.

In the previous five home events, Sevilla’s goal difference is 12-0, and among the teams defeated at Pizjuan, we find the names such as Barcelona, 2-0, or Valencia, 3-0.

This team has very good players, like Ivan Rakitic, Mounir El Haddadi, once Barca’s wunderkind, and also the recent addition to the roster from Atalanta, Papu Gomez. All of them are playing extremely well under the leadership of Julen Lopetegui, one of the most doubted head coaches in Spain, who carved this unit into one of the best in Europe.

The Millionaires have arguably the most talented team in entire Europe, and once looking at the names of their players, you can see why. Haaland, Sancho, Reyna, Bellingham, etc, all these guys have the potential to be remembered as legendary.

But their immaturity and egoism is something that prevents them from reaching those heights even earlier. That is why teams like Hoffenheim or Freiburg score two goals against them, snapping a point or all three. All the better teams in Germany, like Monchengladbach or Bayer Leverkusen, have no troubles once playing against the former European champs.

Their games are efficient, with the lastest eight seeing both teams to score, and just one with under 2.5 hits during that stretch.

Sevilla vs Borussia Head to Head

In 2010 these two teams met in the group stage of the Europa League. The first game in Dortmund saw the guest winning 0-1, while the second ended with a draw 2-2.

The home team looks better right now. Borussia’s oscillations are way too big, and many fans doubt the Millionaires’ abilities to show up in high-stake matches. On the other side, Sevilla rides on a stretch of consecutive wins and is impeccable at its own stadium. We would back up Lopetegui’s side to beat the shaky Germans here.