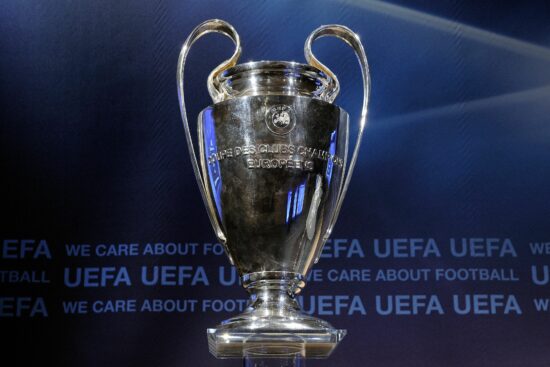 If it weren’t for Federico Chiesa’s late goal in Portugal, things wouldn’t be pleasant for the Old Lady at all. The young forward reduced a gap before the rematch, putting the Italians in a solid position. Though, this is a similar situation to the one from the previous season when Juve suffered elimination from Lyon.

As for the Dragons, they hope to reach a sensation and eliminate Ronaldo and the company, but the way they play lately, that’s highly unlikely.

Juve Preventing the History From Repeating Itself

Last year, Lyon also traveled to Turin with a one-goal lead, 1-0. Almost everyone believed that the hosts wouldn’t have any problems against the French side, but they ended up losing the second leg as well, 1-2 and finishing their UEFA Champions League adventure.

The Italian champs have been playing very well recently, posting ten wins and one draw in the latest 11 matches at home. Until last night’s game against Lazio, in which they won 3-1, coming from behind, they didn’t allow a single goal at Allianz in seven straight matches.

Now in each but one game during this victorious stretch, they would score twice or more. Pretty encouraging before a game like this one.

Even though they had solid games recently, what worried Porto’s fans were the performances in two derbies played last week. They would play without goals against Sporting and lose to Braga in Portuguese Cup, 2-3, which saw them exiting this competition.

Both of these matches were at their home, Dragao stadium, which is something that additionally frightens the fans. The drop in form was obvious, and despite Porto’s win over Gil Vicente on the road this Saturday, many doubts remain.

The two-time European champs have solid results on the road over the latest ten games, but they posted it mostly against mediocre teams. Against Braga (two games) and Sporting, they didn’t win a single match- two draws and a loss.

Juventus vs Porto Head to Head

The first leg in Porto ended 2-1, with Taremi and Marega scoring for the hosts and the above-mentioned Chiesa for Juve. This was the first win for Porto against this rival after Juve’s four straight victories since the start of the millennium.

Juventus vs Porto Prediction and Pick

Who will win Juventus vs Porto Champions League game:

When looking at the entire situation, Juventus is a massive favorite to win the match and progress to the quarterfinals. Porto has a slight drop in form, while Juventus continues to smash everything in its way, especially at home. Therefore, Old Lady’s victory is the first and the only choice for this contest.