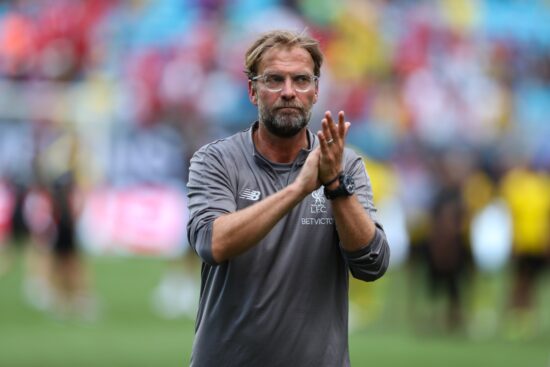 This is the last opportunity for the Reds to avoid a disastrous year. If they manage to win and eliminate Real, Jurgen Klopp’s boys will enter the top four teams in the UCL and be two steps away from the European title.

On the other side, we have the Spanish champs, who are looking fabulous, coming into this clash following a win in El Clasico over Barcelona.

Another Miraculous Night at Anfield

We’ve seen so many incredible nights in Liverpool’s history, and that is what gives this team and its fans hope that they might erase the deficit from Madrid. However, when looking at the recent matches of the Reds at home, that enthusiasm deflates.

Until the game against Aston Villa this weekend, the EPL champions didn’t win eight consecutive appearances at Anfield. Even vs Villa, Klopp’s crew was the side that conceded first. The reaction was excellent, but there were plenty of mistakes in Liverpool’s performance, to be honest.

The backline and its central defenders, Kabak and Phillips, are still uncertain, and above all, inexperienced for matches like this one. Even though they have a very good potential, the mental stability and the overall chemistry with the rest of the players simply aren’t there.

The experts gave better prospects to Barcelona before the latest El Clasico, but Karim Benzema and his unit had different plans. Once again, the French international showed why he is one of the best strikers in the last 20 years and why Real can’t afford to lose the veteran.

A win over Barca was the 13th consecutive game in which Real didn’t lose, posting 11 victories and two draws during that span. Just to mention that they had tough opponents – Atalanta, Atletico Madrid, Liverpool Real Sociedad, Barca.

What is noticeable when talking about their games is that just one in the previous seven concluded with Los Blancos keeping the clean sheets. It is fortunate for them to have a superb attack with Benzema as the leader; otherwise, Real wouldn’t be this successful.

The first leg finished 3-1 for the Spaniards, who struck twice in the first half within nine minutes. At first Vinicius, and then Asension. Salah decreased the lead, but Vinicius added one more hit.

Liverpool has nothing to lose, and the home team will for sure attack right away. We saw that they know how to deal with Real’s defense seven days ago, and the only thing that is problematic for the Reds is the defense. They will score that is certain, but so will Real. The fate of Klopp’s crew is going to be determined upon the fact whether his strikers score more goals than the defense concedes. Anyhow, we expect to see high efficiency at Anfield.