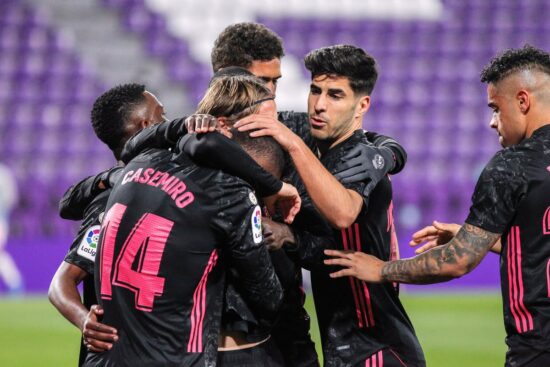 The Italian sensation is once again fighting the odds and expectations, as they host the most successful team in the history of this competition. Though the Goddess, as the fans call Atalanta, might have a slight edge on Wednesday night, with their opponents having several very important players sidelined.

Zinedine Zidane is experiencing big problems, and that is a chance for Atalanta to make a positive result in the opening leg before traveling to Spain for a rematch.

Once facing the opponents at home, Atalanta is very efficient, and so are all those matches. In the recent five, the Italians haven’t scored three or more goals in just one contest, and all of those events saw over 3.5 scores and hits by both teams.

Gian Piero Gasperini didn’t change the playstyle from the last season one bit, and the Goddess continued to play offensive and appealing football, with lots of chances and attractive actions. It is why all the neutral fans love this team and hope to see them making a few more surprises.

Atalanta suffered just one loss in the previous 20 competitive matches throughout all competitions, 1-3 against Lazio at home, but they quickly erased that failure with several big wins.

Until the moment of finishing this article, Real confirmed that nine of their players wouldn’t play at Gewiss on Wednesday. The biggest blow for Zidane is Karima Benzema and Sergio Ramos’s absences, with these two guys being the leaders of the team in the past two years.

But that is not all. A reliable pair of backs, Danny Carvajal and Marcelo, are also out, as well as Eden Hazard. So the troubles for Los Blancos are just piling up. Militao, Rodrygo, Odriozola, and Valverde are out as well.

But even so, they managed to put together four consecutive victories lately, with three clean sheets, which is, having in mind the circumstances, a very good job. Keep an eye on Real’s situation regarding injured players because there were several questionable players, and some of them can turn to be ineligible for the match.

Who will win tonight’s game:

Zidane will try to be ultra-defensive in this match, as he usually does in big clashes since Ronaldo left. But all those injuries will undoubtedly take a toll on the team’s performance, which is why we predict Atalanta’s victory tomorrow night. The Goddess is in excellent shape, firing on all cylinders, and there couldn’t be a better moment for them to meet Real, who is overwhelmed with problems.