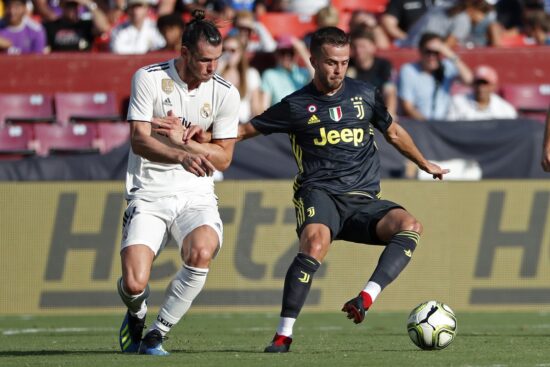 The biggest club soccer competition in Europe gets back underway after the winter break this week, as there are two days of top quality action. On Wednesday, Juventus return to Champions League action when they kick off their round of 16 tie with FC Porto in Portugal.

Porto Looking To Cause Shock

There would be no surprise that Porto have qualified for the knockout stages of the Champions League this season, as they have traditionally been able to make it through the group stage. However, no Porto side has ever come close to repeating the feat that was achieved by Jose Mourinho in the 2003-04 season, and that looks unlikely to change this term. Porto’s chances of a trophy this season look pretty slim, as they already have a huge gap to make up in the Primeira Liga, as they trail Sporting Lisbon by ten points. There could yet be a race for Porto to secure Champions League football again between now and the end of the season, as they have Braga and Benfica breathing down their necks in the league.

Some of their best performances this season have come in the Champions League, as they beat Marseille twice and Olympiacos away from home in their final four European games. They also remained unbeaten in their last four Champions League games, as they picked up a deserved 0-0 draw against Manchester City on matchday five. Juventus will be aware of Porto’s strong defensive record, which means that they will need to be at their best to build up a lead to take back to Italy.

All eyes will be on Cristiano Ronaldo this week, as he returns to Portugal to take on Porto. The Portuguese captain will be hoping to win another Champions League title this season, which would be a third different club to win the European Cup with Ronaldo in their team. However, there are still questions regarding whether this Juventus side is good enough to achieve that feat. The Old Lady have struggled for consistency in Serie A throughout the season, but have finally been able to build up a run of momentum.

Their run of three straight wins was ended in their last game, but in Europe they recovered excellently to top a very competitive group. Their 3-0 win at the Nou Camp on the final matchday was enough to condemn Barca to a second place finish, with Ronaldo scoring twice in the success. Weston McKennie has proven throughout the season that he is the man for the big occasion, and that was evident on that night in Spain as he scored the second goal of the game.

First legs can often be very cagey affairs, and that could be the case for this game. Porto will want to still be in the tie heading back to Turin in a couple of weeks time, which means that they could play very defensive and be happy with a 0-0 draw.