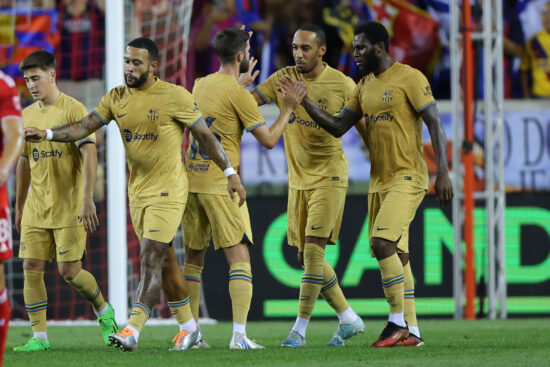 After more than two weeks, the UEFA Champions League is back, and the fans couldn’t be happier. The most prominent soccer competition in the world brings 16 games, and this is the preview of Tuesday’s eight.

The German champions are flying high following a big win in Bundesliga over Leverkusen, and they will try to use that momentum and post another high triumph against the Czech champions. Plzen is a solid team, but not anywhere near the Bavarians, and they will experience a very, very nasty defeat at Allianz Arena.

The hosts are in a tough position without points after two UCL rounds, while Sporting comes to the French riviera with two wins, topping the group standings. Both teams know to play tactical soccer, and since the game carries a high significance for either, we would go with under 2.5 goals in this case.

The Lancers are in a crisis, not winning the past three events, which is something we haven’t seen in a while. Contrary to that, Napoli is leading the Serie A standings and has six wins in a row, in all but one scoring two or more goals. We expect an open and very attractive matchup at the Amsterdam Arena, and at least three goals.

The hosts have eight wins in the last ten games, including two in the UCL, without a goal allowed. Though, we need to say that the Belgian champs had luck against Leverkusen. Meanwhile, Atletico oscillates a lot, but still has what it takes to win in Brugge. The most recent defeat against Leverkusen on the road wasn’t fair, and there was some controversial officiating in that one, so don’t be deceived by the final result.

Both of these teams have much better offensive lines than their defenses. That is the first reason why we picked both teams to score. The second is the circumstances. Eintracht needs a win, and they will immediately attack, imposing a high-pace style of play, which will inevitably lead to goals, especially because we have the Spurs on the other end of the field.

The Dragons are back against the wall right now, and only a win here would keep them in the race for the knockout stage. Leverkusen comes off a very nasty defeat against Bayern Munich, 4-0, and they were lucky to escape with such a margin. The German crew has just one win on the road in the past five games, which is a decisive reason we back up Porto to win this one.

The great derby of two teams with multiple European titles. Though, they come into this contest in opposite moods. Inter lost the last two games, showing plenty of flaws in the back line, while on the other side, Barcelona confidently wins its games. Barca’s attack will make a difference in this event, and we believe that the Spanish titans are about to record a routine win at Meazza.

The Reds are in problems, which is obvious at this season stage. Their defense is weak and sluggish, and the reason for that is, for the moment, unknown. But even in such terrible shape, they should be able to rout the Gers, who are nothing more than a mediocre team in the UEFA Champions League company. With all due respect to their fans and players.