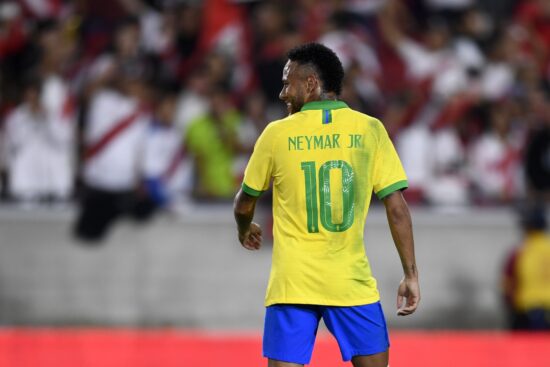 Paris Saint Germain is in solid shape before the UCL’s Round of 16 rematch. They have three wins in a row, all of them with clean sheets included, and we might say that the Saints come in Wednesday’s match full of confidence.

Barcelona bounced back following the loss to PSG in the first led, posting one draw and four consecutive wins without a goal conceded. All this indicates an interesting meeting at Parc des Princes.

Since the Argentinian sat on PSG’s bench, a lot has changed. The French champions showed a lot of quality in the backline, often posting clean sheets and changing their playstyle slightly. They would decrease the pressure once leading and try to save energy for future challenges.

The previous three games they played were on the road, and PSG won all without a goal allowed while scoring eight on the other end. The latest match at home to Monaco saw them losing 0-2, which probably caused them to be more focused and show their true face. By the way, in all but two of the last ten games at home, PSG scored twice.

Neymar’s status for this match is still uncertain, as the Brazilian takes multiple sessions and rehabilitation to recover as soon as possible. However, it seems that he won’t play on Wednesday.

Various off-field matters are disturbing the atmosphere in Barcelona’s locker room. The first one is the current “Barcagate” scandal in which several high executives, including the president Joseph Maria Bartomeu, ended up arrested. Then we have problems with details from Messi’s contract leaking and various disputes between the players on the pitch. It’s pretty tough to be Barca’s member these days.

Yet the players managed to put aside all that and to post several solid games. After the loss against PSG, they played 1-1 at home to Cadiz before winning four in a row without a goal conceded and scoring at least twice in all games.

One of the victories came against Sevilla in the rematch of Copa Del Rey semis, where Barca erased a 0-2 deficit from the first match, eliminating the rivals after extra-times.

PSG vs Barcelona Head to Head

The Saints smashed Barca in the first match, 1-4, with Kylian Mbappe scoring a hat-trick at empty Camp Nou. The last H2H encounter at Camp Nou saw the hosts winning 4-0, but after that came that legendary rematch at Camp Nou where Barca won 6-1.

PSG vs Barcelona Pick and Prediction

Who will win PSG vs Barcelona Champions League game:

The guests have to open and attack as they trail three goals. Their chances of making a surprise are minimal, but still, there is no other option for Messi and the company. Such an approach will leave Blaugrana’s backline exposed, which is a perfect situation for PSG’s pacey attack, Mbappe especially. Due to that, we predict the home team’s win and a confident advance to UCL’s top 8.