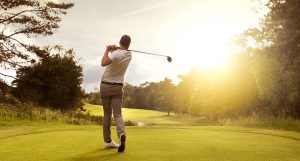 The fourth instalment of the CJ Cup will take place this weekend, with 78 of the world’s most talented players in action. For the first time in the short history of this PGA Tour event, the action will take place in the United States as it takes place at Shadow Creek in Nevada. But, does that mean that there could be a shock winner?

The CJ Cup is one of the most exciting news events on the PGA Tour, with the event taking place over a course consisting of 7,560 yards. There is a par of 72 for the event, and there will be a prize fund of $9.5 million up for grabs for players in the top positions. Since being introduced in 2017, this event has always taken place in Asia, with the previous three editions of the event taking place at Nine Bridges in South Korea. However, the impact of the coronavirus has meant that it has needed to change this year, and the event will instead take place at Shadow Creek in Nevada.

The field will include 78 players, with 60 of those coming for the final FedEx Cup standings from last season. There will also be the winners of the Genesis Championship and KPGA Championship, and the three players that rank highest in the order of merit from the Korean Tour. Top players from the Asian Tour will also be involved, while there will also be eight sponsor picks.

Justin Thomas is the most successful golfer at this event, as he has won two of the previous three, which includes the win that he achieved last year. He won by two strokes in the 2019 event, with Danny Lee finishing in second place. It has been American dominance in this event, as the only other winner was Brooks Koepka in 2018.

This should be a pretty close event judging by the golf odds being offered by Bet365. Dustin Johnson will head the betting, as he holds the record on the course in Las Vegas. His course record is at 6-under-66, which shows that he holds a clear advantage over the remainder of the field in this event. Obviously it will be hard to discount Justin Thomas, who has an excellent record in this event. However, the fact that it will be taking place in Nevada and not in South Korea will negatively impact his chances.

Rory McIlroy was tied for eighth in the US Open late last month, and will be hoping to build form before the Masters takes place next month. Xander Schauffele could also be a good each-way chance after finishing fifth in the US Open. He has won four PGA events, and has finished in the top ten on 25 occasions. However, the market leader is the one to watch.