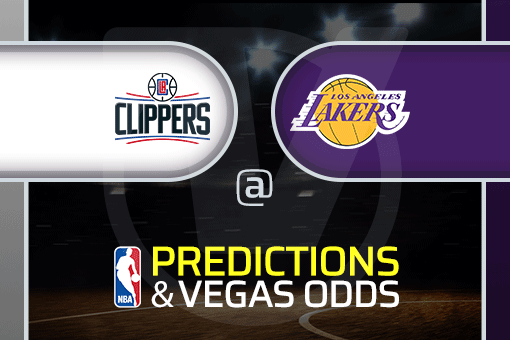 If you’re in search of the latest NBA betting odds and Clippers vs Lakers prediction, look no further because Vegas Odds has you covered.

The Lakers are fresh off a thrilling comeback against the Portland Trail Blazers on Sunday night.

The Clippers and Lakers face off in an LA showdown. The Clippers have won both matchups against the Lakers this season: The first coming on opening night by six points and the second in November by 13.

The Clippers began January on a skid, but they have responded with two wins in a row and they just defeated the Dallas Mavericks by 14 points on Sunday.

Kawhi Leonard and Paul George finally exploded together, and the duo combined for 51 points and 15 rebounds as Leonard led the way with 30 points.

The Lakers had a weird night against Portland on Sunday. The Lakers went into the half down 25, then they outscored Portland by 20 in the third quarter and another 14 in the fourth to get a 121-112 win despite all odds.

LeBron James had 37 points and 11 rebounds, but it was Thomas Bryant who emerged with 31 points and 14 rebounds in the victory.

It was an unreal comeback, and the Lakers followed that up by trading for Rui Hachimura in a deal with the Washington Wizards, so more help is on the way.

The Lakers have now won three of the last four games and are figuring things out.

Will Kawhi Leonard and Paul George continue to play at this level? Who knows, but LeBron James certainly hasn’t slowed down at all as of late. More surprising is the stellar play of Thomas Bryant, and the good news is that Anthony Davis’ return is right around the corner.

The Clippers have two wins against the Lakers this year, but LeBron finds a way to get it done and the Lakers get a home victory by a narrow margin.