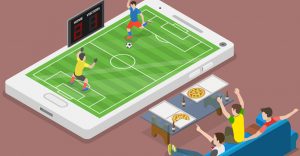 Just two months after the semifinal of 2020 Copa Por Mexico which saw Guadalajara Chivas defeating Club America by 4-3, the two arch-rivals meet again. This time, El Super Clasico is being played as a part of the Liga MX Apertura. Who’s going to win this time? Let’s examine the odds and chances of each side in our Club America vs Guadalajara preview!

What connects Mexican telenovelas and professional soccer? If you said El Super Clasico, you were right!

Club America, the most successful Mexican soccer club, is owned by Grupo Televisa, the largest media company in the Spanish-speaking world.

Rubi, Ramona, Senorita Polvora – no, these aren’t names of Club America players, these are titles of some of literally hundreds of soap operas produced by Televisa. These shows have viewership measured in millions, which, in turn, brings the company profits measured in millions of dollars. The result is that Televisa has the luxury to invest a lot of money in Club America players.

That’s exactly what’s been going on for years. Club America is famous for signing some super-talented players from all over the Latin America.

The same, however, has not been the case with this club’s biggest rival, Guadalajara Chivas. This team’s policy is to only sign Mexican players, similarly to what Athletic Bilbao has been doing in Spanish La Liga.

The policy of Guadalajara’s owners is to focus on local talent and sign only Mexican-born players. This limits their choice during transfer periods, but makes the club very popular in the country. In fact, Guadalajara is the most popular club in Mexico, with nearly 45% of Mexican soccer fans rooting for this team.

Speaking of soccer fans, we’re not going to see any of them in the stands of Estadio Azteca. Mexico’s largest stadium is going to be eerie on Saturday evening, with all of its 87,000 seats being completely empty.

The lack of support from the stands, however, doesn’t seem to have affected these two clubs much. In fact, both teams have been pretty impressive over the last couple of weeks. This goes especially for Club America, which is at the very top of the Liga MX table at the moment of writing.

In the words of Don Vito Corleone, revenge is a dish best served cold. Two months after the defeat in the Mexican Cup, Club America players seem eager to set the record straight. They have the motivation, but do they have the means to do it?

Of course, they do. Club America is one of the best teams not only in Mexico but the entire continent. They do have some problems with injuries, to be fair. Two of their most expensive players, Paraguayan center-back Bruno Valdez and Chilean attacker Nicolas Castillo are out for at least a couple of months.

Nevertheless, even without those two guys, Club America has been the dominant force in Mexican soccer over the last couple of weeks.

Some of the best online sportsbooks for soccer believe this is going to be a close duel, in which Club America has slightly better chances of coming out as the match-winner. We at VegasOdds.com think the same. Although both teams have some super-talented players, the ones playing for Club America are simply better.

If betting on Club America to beat its biggest rival on Saturday seems too risky for your taste, you can always put your money on a high number of goals. Over 2.5 goals seems certain.