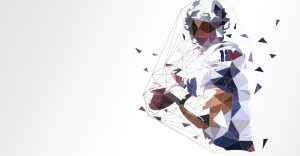 Hurricane Delta dampened the spirits for a while there, but thankfully, we are back on schedule and the football game between the Coastal Carolina Chanticleers and Louisiana Ragin’ Cajuns will take a place.

The two schools had agreed to move the NCAAF game from Sunday, October 11, to Wednesday, October 14. With this change in schedule, it’s time to look at both teams’ chances to secure a victory.

While the oddsmakers are scrambling to pinpoint probabilities, we will take a look at how well both teams have done so far.

Carolina Chanticleers vs Louisiana Ragin’ Cajuns – Where and When to Watch?

The stakes have never been higher. The Coastal Carolina Chanticleers doesn’t seem to be the dark horse in the upcoming matchup but the team certainly has the traits of a winner.

The team is well-tipped to make a big splash this season coming on a three-game winning streak and securing wins against ARST, CAM and KU with 52-23, 43-21, and 38-23 respectively. In each game, C. Carolina has done a fantastic job, demonstrating its ability to come together as a team and corner their opponents.

C. Carolina definitely has the players for it. Linebacker Silas Kelly is down with 21 tackles and wide receiver Jaivon Heiligh has 219 receiving yards to his name. Running back CJ Marable has 190 rushing yards and then we have Grayson McCall, the team’s quarterback who is in 728 passing yards.

He posts 66.7 in completion percentage this season which is pretty impressive.  The team has scored 18 touchdowns so far and average 44.3 points per game.

You won’t be disappointed with Louisiana Ragin’ Cajuns’ results so far this season. The team has done an excellent job of defeating three teams already, tackling GASO, GAST and ISU, as well as the Miami Oh Redhawks.

One after another, these teams have succumbed under the Cajuns’ unstoppable offensive consisting of well-balanced and calculated plays and spur-of-the-moment action. On the whole, though, Louisiana seems to post poorer overall results.

The team averages 28.3 points per game and has 85 total points so far this season. However, you could argue that Louisiana had opponents that are generally considered tougher, and to an extent that is true.

Having a peak at the players’ performance, though, we may see a slightly different picture. Levi Lewis, the team’s quarterback, has 723 passing yards, which is pretty much on par with McCall. However, Lewis’ completion percentage is lower at 57.1%.

Now, Louisiana may be a little dubious when it comes to raw stats, but they definitely have what it takes. Besides, the team’s most recent split-second victory just goes to show that you don’t know what to expect from Louisiana until the very last moment.