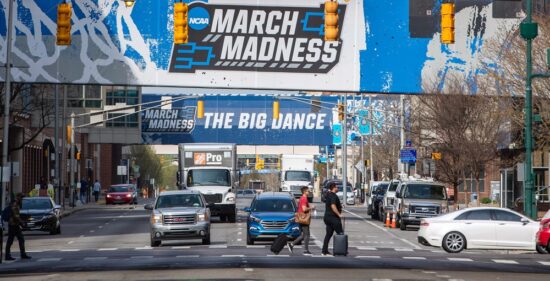 The opening tip-off for the 2021-2022 NCAA college Basketball season is just four short days away. At the beginning of each season, we are automatically conditioned to start thinking about the college basketball tournament and the March Madness that accompanies it. The tournament will start in four months, and we have a lot of basketball games to be played between then and now, but either way, let’s take a look at the opening odds for the 2022 NCAA Men’s Basketball Tournament

The Gonzaga Bulldogs are coming off a 16 point loss in the 2021 NCAA Men’s Tournament Championship Game against the Baylor Bears. The Bulldogs are the uncontested favorites in the WAC and have several of their top players returning for another run at the title. Returning players include junior forward Drew Timme, sophomore Julian Strawther, and senior Andrew Nembhard. On top of the strong foundation that the Bulldogs are returning, they also have the number one recruiting class for the 2021-2022 season, according to ESPN. The recruitment class is led by the 7-foot tall center Chet Holmgren.

Look for the Bulldogs to roll through opponents this season in their preparations for the NCAA Tournament. The Bulldogs open their season on November 9th when they host the Dixie State Trailblazers.

The Jayhawks open their season on November 9th when they take on the Michigan State Spartans in an opening-round matchup of the State Farm Champions Classic, being played at Madison Square Garden.

The Duke Blue Devils will host the number 10 ranked Kentucky Wildcats on November 9th in the opening round of the State Farm Champions Classic, being played at Madison Square Garden.

The Michigan Wolverines have the number six overall recruiting class for this season. Coming into the season ranked number 6 in the Preseason AP Poll, the Wolverines look to have another successful season. The Wolverines also have players, a sophomore center, Hunter Dickinson, and freshmen forward, Caleb Houstan who are have earned spots on the Preseason All-BigTen Team. These players are looking to help Michigan really push their limits this season and fight for a National Championship.

After coming off a 2021 NIT Championship, the Memphis Tigers are looking to get into a different tournament this season. The Tigers are ranked 12th in the Preseason AP poll, and look to stay there for a long time this season. The Tigers added a top prospect, Emoni Bates, and their coach, former NBA superstar, Penny Hardaway couldn’t be more excited. Look for the tigers to surprise a lot of teams this year with the talent that currently is residing on their roster.

The Memphis Tigers will open their 2021-2022 campaign on Tuesday, November 9th when they host the Tennessee Tech Golden Eagles at FedEx Forum.

Not only are we just a few short days away from the start of another exciting college basketball season, but for a lot of these players, it’s the first time that they get to play in front of a full arena. That might be even more exciting for me to watch in the opening weeks of the season than the actual games, but either way, college basketball is back baby!