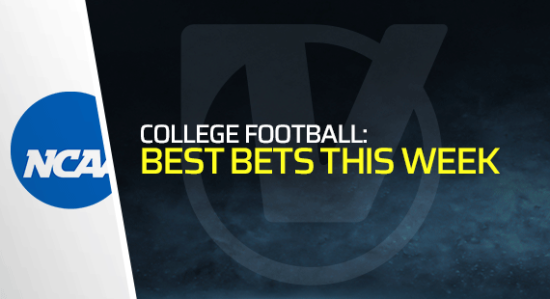 Betting College Football games against the spread is fun, especially if you’re confident about your team and their ability to keep the game close or blow their opponent away, obviously depending on the spread. But another way to bet is to look at the over/under of total points in a game. I want to focus on three games for week four of the College Football season that will be good bets.

ESPN’s College Gameday travels to Madison for the matchup between number 12 Notre Dame and number 18 Wisconsin. Not only will this be a great top 20 matchups, but this is the first time that these two teams have faced each other since the Fighting Irish victory in the fall of 1964, by a score of 31-7. Notre Dame comes into this matchup with a 3-0 record, while Wisconsin has a 2-1 record.

I don’t think this is going to be a blowout by either team but looks like it will be a defensive battle at the noontime slot to start an amazing week of College Football. Look for the score to stay close, and under 46.5 points for this top 20 matchup.

Clemson comes into their matchup against North Carolina State winning their last 8 matchups, where the Wolfpack hasn’t defeated the Tigers at home since the fall of 2011. The last time these two teams haven’t scored more than 47 points was 2016 when the Tigers defeated the Wolfpack 24-17.

Clemson’s offense is only putting up 322.7 points per game, which I see as very low for this talented team. North Carolina State is averaging 455 yards per game. Look for Clemson’s offense under DJ Uiagalelei to not only put up some big numbers against the North Carolina State defense, but potentially put himself back into the Heisman Trophy race.

Each week the College Football slate starts on Thursday, and most games occur on Saturday. This is a rare Friday night matchup at the Carrier Dome and the Liberty Flame travel to Syracuse to take on the Orange. Liberty comes into the game with a 3-0 record whereas the Orange are 2-1 on this young season.