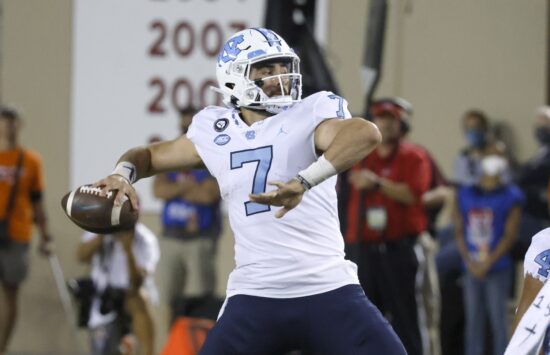 The Georgia State Panthers travel to North Carolina to play the Tar Heels for the first time in school history. The Panthers are coming off a bad 43-10 loss to Army in week one. Georgia State, who is in their 10th season in Division 1 football, have played two other ACC opponents, and have been blown out both times (28-0 vs Clemson, and 41-7 vs North Carolina State). The Tar Heels struggled in week one against Virginia Tech, but are hoping that this game against the Sun Belt’s Georgia State will help them right the ship.

Georgia State’s Defense Needs To Do A 180

Playing in the Sunbelt, the Georgia State Panthers have struggled against the Power 5 conferences, and even more against ranked opponents. I would expect this Panthers team to continue that trend Saturday when they travel to Chapel Hill to take on number 24 North Carolina.

The Panthers are led by their junior quarterback Cornelious Brown. Brown completed 12 of 20 passes for 129 yards and no touchdown passes but did end up throwing one interception. Destin Coates was the leading rusher for the Panthers, running for 48 yards on 13 attempts and scoring the only Panthers touchdown last Saturday.

The Panther defense didn’t fare well against the run-heavy Army offense. Army completed three of four passes for 98 yards and two touchdowns. On the ground, the Panthers defense allowed 258 yards on 67 attempts and four touchdowns. If the Panthers want to make this trip to Chapel Hill mean something, they those numbers are going to have to tighten up immensely. The positive note was that the Panthers’ defense did record three total tackles for losses and forced a fumble, but it ultimately wasn’t enough to overcome the Army offense.

North Carolina’s Offense Will Pick Up

Sam Howell dropped off out of the top five for the Heisman Trophy odds after the first week, but that doesn’t mean that his chances are done with (currently at +2,500). In the 17-10 loss against Virginia Tech last week, Howell completed 17 of 32 pass attempts for 208 yards and a touchdown.

One of the biggest issues was the fact that Howell threw three interceptions. Howell’s favorite target in week one was sophomore Josh Downs. Downs caught eight passes for 123 yards and the lone touchdown pass from Howell. The Tar Heels also recorded 101 yards on the ground from their running backs (Ty Chandler, 66 yards, DJ Jones, 43 yards, and Caleb Hood, 2 yards). Sam Howell did record 35 rushing yards on 13 attempts.

The Tar Heels defense needs to tighten up and allow the offense a chance, which it did in the first game, despite Howell’s three interceptions. The Tar Heels defense allowed one touchdown and 169 yards in the air and one touchdown and 127 yards on the ground from the Hookies last week. Those aren’t bad numbers, as long as the offense is clicking. I would look for the defense to stand tough against the Panthers Saturday, and the offense to really get going. Look for not only Howell, but Josh Downs to have big offensive days.

Who Will Win Tonights NCAAF Game?

North Carolina can’t lose this game, especially at home. With the struggles that the Panthers have had against the ACC opponents in their short nine-year history, I would look for that trend to continue on Saturday.