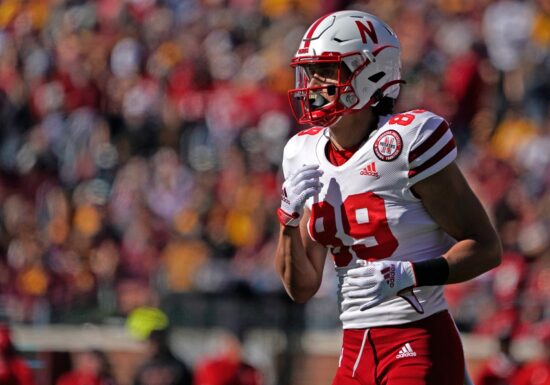 Somebody has to win in Saturday’s matchup between the 4-3 Purdue Boilermakers and 3-5 Nebraska Cornhuskers. Nebraska is at home and coming off the bye week but can you trust them as -7.5 favorites even after losing 4 of their last 5. At the same time, Purdue has a win over #2 Iowa a couple of weeks ago, but have an atrocious offense that is averaging just 15.ppg over the last five.

Purdue suffered a 30-13 home loss to Wisconsin last week which was expected coming off the big 24-7 win in Iowa City over the #2 Hawkeyes in week 7 as +11 point underdogs. Boilermakers QB Aidan O’Connell led the upset win over Iowa going 30/40 for 375 yards and 2 TD, but was held to 200 yards passing last week vs. Wisconsin with 1 TD and 3 INT.

The Boilermakers have run a gauntlet against Iowa and Wisconsin the last two week’s two of the better defenses in the Big 10 if not the country. Purdue has put together the #2 passing attack in the Big 10 (317.7 ypg) and now square off against a Nebraska defense that has fared decent in allowing 208.5 ypg through the air. Purdue doesn’t have much of a run game for balance though as King Doerue leads the team with 289 yards on the ground.

The Boilermakers defense did a solid job of holding Wisconsin QB Graham Mertz to 5/8 for 52 yards last week but that’s deceiving because the Badgers ran for 297 yards as a team and didn’t need to throw the ball. That’s not a great stat considering Nebraska ranks 3rd in the Big 10 rushing for over 210 yards/game.

Nebraska Should Benefit From Bye

Adrian Martinez has put up Heisman consideration numbers if the Cornhuskers had a better record than 3-5 on the season. The Nebraska QB is a yard shy of 2,000 passing for the season with 10 TDs and has also added 420 yards and another 10 TDs on the ground.

Even with those gaudy numbers the Cornhuskers still have the 3rd worst record in the Big Ten which raises the concerns of whether Nebraska is too one-dimensional? Martinez will get his on Saturday afternoon, especially on the ground as the Boilermakers have the #1 pass defense in the conference (160.4 ypg). Nebraska did get RB Rahmir Johnson going on the ground last game as he had 83 yards and 2 TD rushing even though the team lost 30-23 at Minnesota.

Nebraska is hoping the bye last week will let their defense recuperate and recharge. Nebraska has allowed 180+ yards rushing to the Golden Gophers and Michigan the past two weeks, although Purdue’s rush game is nowhere near the threat of those two teams. Minnesota QB was able to hit on 20/24 passes in the week 7 win over the Cornhuskers.

Purdue is going to throw the ball all over the field and Nebraska is going to be able to run at will. It would seem like the rushing success would be more sustainable, especially at home in Lincoln. The NEB -7.5 spread is up a point from its open which looks high.

That being said Nebraska won 37-27 last season in West Lafayette as Martinez threw for 242, ran for 45, and accounted for 3 TDs total. The Boilermakers have had back-to-back physical games against Iowa and Wisconsin, so Nebraska coming off a bye is definitely an edge.