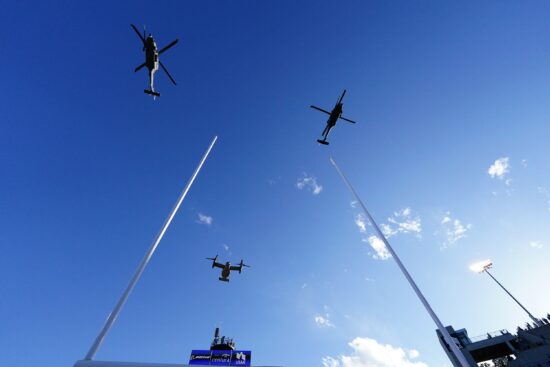 A win on Saturday could put the Air Force Falcons into the top 25 while also knocking the San Diego State Aztecs out of the rankings. This is a battle of two of the better running teams in the country, and Air Force in fact leads the nation with 336.4 ypg on the ground. That’s a major reason Air Force is a -3 point favorite in this matchup between ranked and unranked teams.

The Aztecs have survived with their perfect 6-0 record in tact but it took 2OT in a 19-13 win over San Jose State last week. Was that game a momentum stopper for San Diego State? They were outgained 354 to 240 and gave up 117 rush yards to San Jose State which isn’t good heading into a matchup with Air Force.

San Diego State has some concerns at QB too, as Lucas Johnson came in relief of Jordon Brookshire and completed 2 of 3 passes with 2 TD. Brookshire was just 13 of 27 for 132 yards and hasn’t thrown for more than 200 yards this season. The Aztecs would be best served to get RB Greg Bell going as he had 19 carries for just 41 yards last week.

The Falcons are aiming for their fifth straight win on Saturday afternoon and they’ve got the formula how to do so down. Air Force hasn’t allowed more than 17 points in any of their games over the last month while continuing to amass an incredible amount of yards on the ground.

Air Force has ran for 300+ yards in three of the last four games, led by RB Brad Roberts and the option QB play of Haaziq Daniels. Roberts has rambled for 130+ yards in three straight games and has rushed for 8 TDs on the year. Daniels has only attempted 48 passes on the season but has ran for 518 yards and 9 scores.

The Falcons defense has been just as influential to their recent success as the ground game has. Air Force beat Boise State 24-17 last week while holding the Broncos to just 78 yards rushing. Wyoming had just 257 total yards the game prior as AFA won 24-14, and New Mexico amassed just 226 total in a week 5 Falcons win.

The Falcons are a unique team but they’ve got the formula to win this game. Both teams have a solid defense but SDSU looked vulnerable on offense last week and will be playing their second straight road game after opening up the year with 4 of 5 at home.