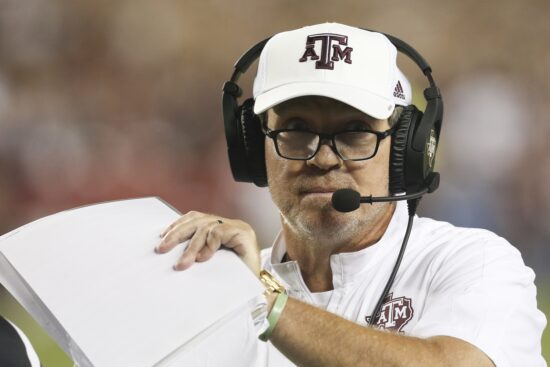 The Texas A&M Aggies are in the greatest of letdown spots after beating then #1 Alabama 41-38 last week. The loss snapped a 19-game win streak for the Crimson Tide and was the first time an unranked team beat ‘Bama in the last 100 games. It would be easy for the 4-2 Aggies to overlook the 3-3 Missouri Tigers this week, especially as -9 point road favorites.

Texas A&M has had to battle through an injury to starting QB Haynes King in week 2 but have persevered to a 4-2 record. The Aggies had failed their two biggest challenges of the season in losses to #16 Arkansas (20-10) and Mississippi State (26-22) before the big win over Alabama last Saturday.

Zach Calzada was great under center for Texas A&M last week, completing 21 of 31 passes for 285 yards and 3 TDs. Calzada tied the game with a 25-yard TD pass to Ainias Smith with 3:00 left and then got the ball back and drove to put Seth Small in position for a 28-yard game-winner as time expired.

Calzada had the Aggies on his back as Texas A&M had just 94 yards rushing on 27 attempts. The Aggies offense should get back to being a bit more diverse against a Missouri team that ranks last in the SEC in total defense and run defense, and is 2nd worst against the pass. Texas A&M also has the 3rd worst total yard offense in the conference, however.

Mizzu Giving Up Points in Bunches

Even for as up and down as the Texas A&M offense has been this season, almost everybody is scoring at will against Missouri. The Tigers have allowed 37.5 ppg, with rough outings even against teams they’re “supposed” to be dominating. Mizzu outlasted North Texas 48-35 last week as -18.5 home favorites and gave up 28 points earlier in the season to Southeast Missouri as -35.5 favorites.

Two weeks ago Missouri lost 62-24 at home to Tennessee as -2.5 favorites(!). The Vols rolled for 458 yards on the ground a game after Boston College had 275 yards as Mizzu fell 34-21 in Massachusetts. Texas A&M is 10th in the SEC in rushing, but they have the potential for a big day on the ground with Isaiah Spiller and Devon Achane both averaging over 5.8 yards per carry.

These two teams did not meet up last year even though the 2021 meeting would look different anyways as the Aggies had NFL bound Kellen Mond at QB last season. Mizzu QB Connor Bazelak is back at the helm of the Tigers offense and has been playing well with 12 TD to 5 INT on the year. 4 of Bazelak’s 5 INTs have come in the last three games however so expect a heavier dose of Tyler Badie who ran for 217 last week against North Texas.

Can the Aggies rise above the possible letdown after the colossal win over Alabama last week? It wouldn’t be a shock for Texas A&M to come out flat on Saturday, but at the same time who in the country has more confidence than Calzada the freshman QB that just led a win over the Crimson Tide?

Not to mention, the Tigers have what is looking like could be a historically bad defense. The Aggies have the backs to run all over Mizzu in this contest if they game plan accordingly.