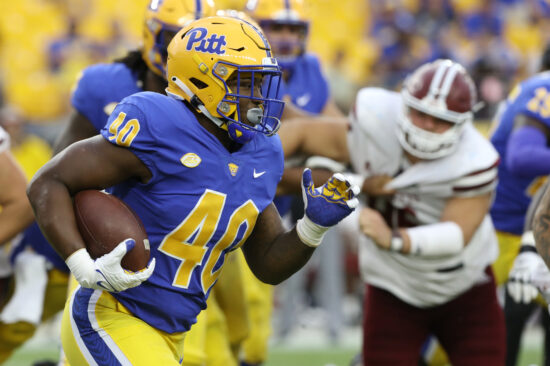 The Pittsburgh Panthers and Tennessee Volunteers started their 2021 seasons with wins, but both were glorified exhibition games. Pitt won a 51-7 home contest against UMass last week as -38 point favorites while the Vols beat Bowling Green 38-6 as with a line of -37. Oddsmakers were more impressed by the Panthers, making them a 3-point road favorite on Saturday.

Defense will again likely be the calling card for the Panthers this season after finishing 24th in the country in total yards allowed last season which includes being 5th against the run. That was only good for a 6-5 record in 2020, but at least Pitt is once again off on the right foot after allowing just 50 yards total in the 1st half against Massachusetts last week.

The Minutemen finished with 42 yards rushing and 167 through the air, but perhaps the bigger story for Pitt was their offense. They have an NFL-ish caliber QB in Kenny Pickett, and Pat Narduzzi opened up the playbook throwing the ball 45 times last week despite having a 37 lead in the 3rd quarter. Pickett was 27 of 37 for 272 yards and 2 TD in his time on the field.

Tennessee was horrible against the run last season, something Pittsburgh will look to exploit after five players had at least 30 yards on the ground last week. The Panthers scored five rushing TDs vs. the Minutemen last week.

Volunteers Off to a Good Start

Tennessee has a lot of work to do in 2021 after firing coach Jeremy Pruitt amid recruiting violations and just overall poor play. The Vols were just 3-7 last season, and now have a new coach as Josh Heupel comes over from UCF.

The early returns are solid for Heupel’s offense, especially on the ground where Tennessee amassed 326 yards on 64 carries. Jabari Small and Tiyon Evans both had 116 yards and a TD on the ground last week, but defending the running game is the specialty of the Pittsburgh defense.

Heupel also has to be happy with the QB play of Joe Milton, the Michigan transfer who threw for 140 yards and a TD and also had two scores on the ground. Milton threw for 1077 yards with 4 TD and 4 INT in six games with Michigan last season.

Heupel had Tennessee playing well in his debut, but really they were supposed to as 37 point favorites. Expect the Vols to still learn the ropes a bit, which is going to put them at a disadvantage against the experienced Pickett and against the Panthers stout run defense that was a top 25 unit last season.