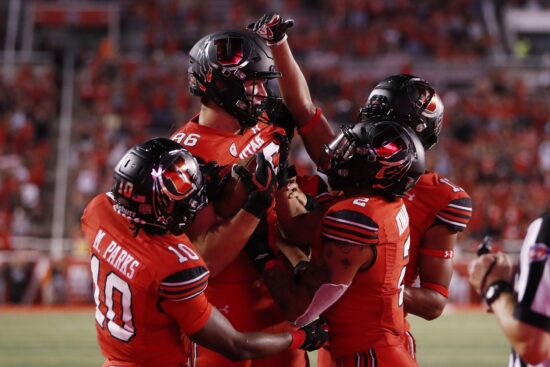 As the rivalry goes, the Holy War is the annual battle between The Utah Utes and the BYU Cougars. Since 2010, the Utes have absolutely dominated the series, not even making it close. Since 2000, BYU has only beaten Utah five times. Its hard to call that a rivalry, but it is, and that rivalry is continued for the 101st time in history Saturday night. The first meeting in the Holy War rivalry happen back in 1896 when Utah defeated the then known at BYA, by a score of 12-4.

Utah Looks To Continue Their Dominace

When you play a team every year they tend to figure out your tendencies and it usually sways back and forth. That’s not quite the case in the Holy War rivalry, as Utah has dominated the series from the beginning. Since the initial matchup in 1896, Utah has posted a record of 62-34-4 over BYU. Utah is led by the red shirt senior, and Baylor transfer quarterback Charlie Brewer. In his first game playing for the Utes, Brewer completed 19 of 27 passing attempts for 233 yards and two touchdown passes.

The one downfall of Brewer’s performance was the one interception that he had thrown. Brewer’s backup, and sophomore quarterback Cameron Rising also played, in a limited capacity, where he completed the only two pass attempts, for 29 yards and one touchdown.

The three passing touchdowns were caught by Dalton Kincaid (2), and Solomon Enis. Kincaid and Enis both had four receptions, Kincaid totaling 75 yards and Enis totaling 62. The Utes were led on the ground by their sophomore running back Tavion Thomas. Thomas totaled 107 yards on 12 attempts and scored two touchdowns on the ground.

Can BYU Get Their First Holy War Win This Decade

To say that BYU struggles in the Holy War rivalry is an understatement. BYU did start their season off well though, defeating an always pesky Arizona State team by 8 points. Jaren Hall, the red shirt sophomore quarterback, leads the Cougars offense. In his first game of the season, Hall completed 18 of 28 passes for 198 yards and two touchdowns. Also, Hall didn’t turn the ball over the ASU defense either.

Hall’s favorite target, at least in week one, is his junior wide receiver, Neil Pau’u. Pau’u caught 8 passes for 126 yards and both of Hall’s touchdown passes. No other receiver on the Cougars had more than 26 receiving yards. The red shirt sophomore running back, Tyler Allgeier, lead the Cougars ground game. Allgeier rushed for 94 yards on 17 attempts and one touchdown.

The defense needs to tighten up their pass defense if they want to be successful against the Utes on Saturday night. In week one, the Cougars’ pass defense allowed ASU to throw for 345 yards on 36 completions. On a positive note, with all those yards, the ASU offense only scored one touchdown. The front seven of the Cougars’ defense held their own, allowing only 81 rushing yards on 35 attempts.

Who Will Win Tonights NCAAF Game?

Utah has not only dominated the past two-plus decades of the Holy War rivalry, but they seem like the better team coming into Saturday’s matchup as well. As a seven-point favorite, it seems like this game isn’t even going to be that close. I see Utah running away with this game, and securing their 63rd overall victory in the Holy War rivalry.