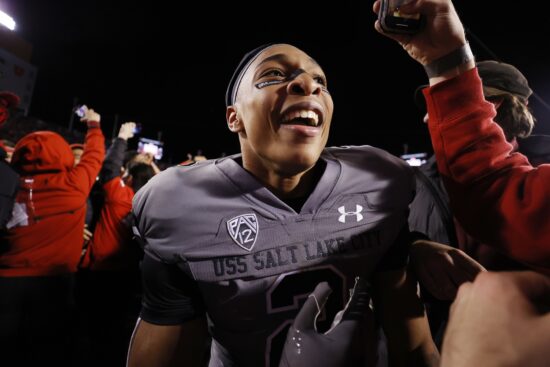 The Utah Utes are coming off quite possibly their biggest win of the season last week when they defeated the number three team in the nation, the Oregon Ducks. Colorado on the other hand, defeated Washington by three last week after being completed dominated by UCLA the week before.

The Colorado Buffaloes are just 4-7 on the season, but they have won two of their last three games and look to build something positive to look back on for the 2021 season. This will be the last game of the season for the Buffaloes, since they aren’t bowl eligible, so they need to give this game everything they have.

The Buffaloes’ offense is averaging just 19.3 points per game on 267.5 total yards per game Those 267.5 total yards break down to 135.5 passing yards and 131.9 rushing yards per game. The Buffaloes’ offense is led by their freshman quarterback, Brendon Lewis. Lewis has completed 140 of 234 pass attempts for 1,456 yards and has thrown ten touchdowns and just three interceptions. To complement the freshman quarterback, the Buffaloes look to their sophomore running back Jarek Broussard. Broussard has rushed for 661 yards on 142 attempts and two touchdowns.

Utah to Build off Huge Win

As we talked about, the Utah Utes are coming off a huge victory last week over the Ducks, and they can’t look past this game against the Buffaloes. The Utes need to stay sharp if they want to come out on top next week as well when they will be facing the Ducks again in the PAC-12 championship game.

The Utes offense is averaging 35.9 points per game on 433.4 total yards per game. Those 433.4 total yards per game break down to 219.5 passing yards and 213.9 rushing yards per game. The Utes are led by their sophomore quarterback, Cameron Rising. Rising has completed 158 of 251 pass attempts for 1,930 yards and has thrown fourteen touchdowns with just two interceptions. To complement Rising, the Utes look to their sophomore running back, Tavion Thomas. Thomas has rushed for 836 yards on 143 attempts and has found the endzone seventeen times.

The Utah Utes are favorites in this game for a reason. Their offense, coupled with the ability to put pressure on the opposing quarterback is going to prove to be too much for the Buffaloes in this matchup.