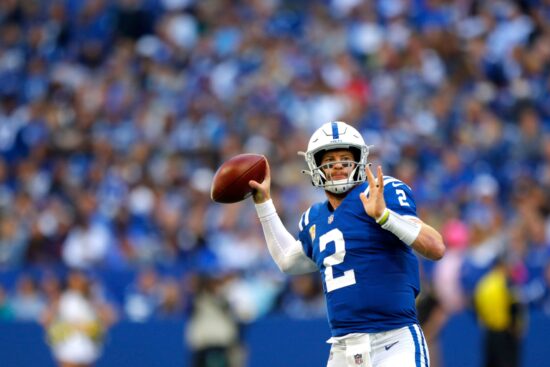 The Colts are in a tough position, and a victory in Houston is worth pure gold for the franchise from Indianapolis. On the other hand, the Texans are after prestige and have a huge motive to beat the AFC South division rival.

Colts’ Defense Once Again the Problem

We know that the Buccaneers are the reigning Super Bowl champions, but the Colts’ defense simply has no alibi for 38 points allowed. This was the fourth time in the last six events that they allowed 30 or more points in a game. Even the fantastic Jonathan Taylor can’t cover that.

In 12 contests during this campaign, the superb running back posted 1,205 yards and has 14 touchdowns. On top of that, he has 336 receiving yards and two scores through the air. Without further explanation, this guy is the biggest breakthrough in the league in 2021, even though he had respectable numbers last season.

But in Week 12, the defense was very poor. It allowed Leonard Fournette to have four rushing touchdowns on Sunday, and Ronald Jones also scored, making it five on the ground. So they need to step up here and make some improvement.

Up until the event against the Jets, the Houston Texans played four of the past five games on the road. They defeated the Titans in Nashville, and many hoped to see another success, this time at home, against the pale Jets.

However, the Texans surprised the fans losing 21-14, even though having the lead at the break. Houston’s offense stopped in the second half, not being able to score a single point on seven drives, which frustrated the fans at the NRG stadium pretty much.

Tyrod Taylor had a mediocre performance, with 158 yards thrown for two TDs and one pick, which took place on the game’s opening drive. He also ran for 30 yards, nine fewer than David Johnson, who was the top rusher of the Texans in this event. For the moment, everything revolves around the veteran QB in this team.

The Indianapolis Colts have 31 wins in 40 clashes against the Texans right now. The two sides met back in October, with the Colts using the home-field advantage to smash the rivals, 31-3.

The Colts have the perfect chance for posting a victory that would keep them in the playoff hunt. Regardless of playing on the road, Frank Reich’s team is the favorite here and, in our opinion, shouldn’t have any trouble in getting a positive result. As we saw, the Texans are very bad this year, focusing on Taylor without any other weapons in the attack.