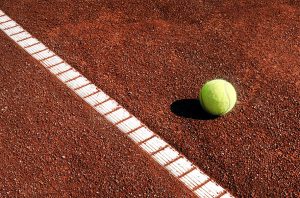 Commission Kings, one of the largest affiliate networks catering to a global sports betting and iGaming audience, has come under a heavy cyber-attack. The attack began on Friday, October 16, and has been ongoing ever since.

A quick visit to any of Commission Kings’ websites, including BetOnline, reveals that all brands have all been temporarily suspended while the necessary work is carried out to restore full operation.

Trying to open BetOnline.ag now reveals a message that informs consumers of the attack which has been ongoing for over 72 hours now. The first update released by BetOnline notified consumers that the issue would be sorted out “as soon as possible”.

A Number of Updates Detail progress

Restoring operational capacity has been slow, though. On Saturday, October 17, BetOnline has released several updates, reassuring consumers that their complaints have been all taken into consideration.

Dave Mason, brand manager at BetOnline, has thanked the community for the patience and confirmed that he was pushing for an ETA when the websites can come back online.

However, Mason cautioned that the situation was “fluid” and developing.

Late on Saturday, BetOnline confirmed that significant progress had been made.

However, the operator said that it would provide more concrete information once such is available.

In the meantime, BetOnline has notified consumers that they have nothing to fear in regards to their funds and account balances, with all funds under lock and key.

BetOnline reassured customers that their wagers were still valid at the time of the update.

In another update, dating to one hour before press time, BetOnline.ag shared on Twitter that a breakthrough has been achieved and that most services must be restored as of October 18. The situation is developing.

All Commission Kings’ brands affected by the move are likely to see operations restored, and that includes BetOnline, SportsBetting, and Wild Casino.