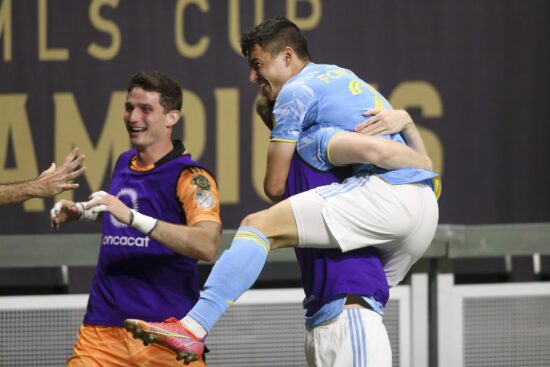 Union Rolls Over Atlanta in Georgia

For some, Union’s win in Georgia was expected, but nobody expected to see them beating the hosts with 0-3. Kacper Przybyłko was fantastic, hitting the target twice, setting up the third goal to Anthony Fontana, which earned him the Man of the Match honors.

After 57 minutes of play, the Pole managed to score, following a corner-kick and a quick reaction from nearby. His second score came in the 73rd minute, after a well-aimed shot just inside the box during a counter-attack.

It was obvious in those moments that the guests are going to win, the only enigma was the final result. Anthony Fontana used Przybylko’s assist to execute a superb breakaway which would seal the match.

Also, Union’s goalkeeper, Andre Blake, was fantastic in the opening 45 minutes, having seven successful reactions. If it weren’t for him, this match would end differently without any doubts.

Atlanta suffered a great shock, having their CONCACAF adventure pretty much over already now. It is hard to believe that Five Stripes might pull out some miraculous four-goal victory on the road.

Further down south in Florida, Toronto FC hosted Cruz Azul. The Mexican powerhouse didn’t have any trouble in recording an easy victory over the Canadian side, securing themselves a nice advantage before the second leg. The final result after these 90 minutes was 1-3 for the Mexicans.

Brayan Angulo was the star of the event, with the 24-year old Ecuadorian scoring twice. His first goal came after just three minutes, and we need to add that it was a beauty. Angulo’s curling strike from a distance ended behind Alex Bono, Toronto’s goalkeeper.

FC managed to recover following this knockout, leveling the result in the 20th minute of play. Jonathan Osorio was in front of the goal following Justin Morrow’s cross, reaching the ball before the rivals and packing it into the net.

When everybody thought that Toronto might have a chance to flip the result, the Mexicans responded immediately. Yet, Juan Escobar’s goal was ruled out due to an offside. That didn’t discourage the guests who reached the desired result in the 34th minute, with Angulo’s second of the match after a corner.

Until the end of the game, Cruz Azul added one more goal, as Pablo Aguilar’s header beat Bono in the 58th minute.

The second legs of both matchups take place on May 4th.

Two US Teams to Face Mexican Clubs on Wednesday Night

In the second game of the night, another American team meets with the Mexican representatives. Portland Timbers play against Club America at their Providence Park.