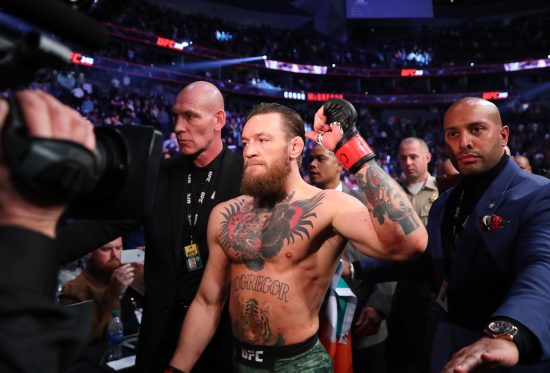 The announcement that all UFC fans were waiting for finally came at the end of last week, as it was revealed that Conor McGregor will be returning to the octagon to take on Dustin Poirier at UFC 257. The announcement came just months after the retirement of the two-weight champion, but it will kick start what is expected to be a huge year for the Irish star.

How To Watch & Ticketing Information

No official announcement has yet been made about where the fight will be taking place, as Dana White revealed that he was hopeful that an ‘international audience’ could be in attendance for the return. There have been a couple of different locations already muted, with Las Vegas, Dallas and Dublin all potentially on the list. UFC have also been staging events at Fight Island in Abu Dhabi, but it isn’t anticipated that this huge fight will be taking place in the same location.

An announcement on a location for the event will be announced in due course. However, those unfortunate enough not to be able to get tickets for the huge event will need to watch the action on PPV with ESPN+. The event will cost $64.99 for existing ESPN subscribers, while those that don’t subscribe to the sports broadcaster will need to pay a bundle price of $84.98.

Re-Match Between McGregor And Poirier

This will be the second time that these two superstars have fought during their UFC career, with their first meeting coming back in September 2014. That fight didn’t last very long, as McGregor won the fight inside the opening round by TKO. That performance by McGregor was awarded with the Performance of the Night award, and is still regarded as one of the best displays by the Irishman in the octagon.

However, there is more respect between the two stars nowadays, as McGregor revealed that he appreciates the charity work that Poirier and his team do. The rivalry between the fighters coming into this fight isn’t likely to be as venomous as it was for their first fight, but it should still be a thrilling occasion for MMA fans.

Poirier remains one of the most dynamic fighters in the UFC, and is currently ranked as the second best lightweight by the UFC. Poirier has lost just two of his last 13 fights since that defeat against McGregor, with the most recent of those coming against McGregor’s bitter rival Khabib Nurmagomedov. However, he was victorious in his last fight, as he beat Dan Hooker by unanimous decision.

McGregor is already looking ahead to a huge year for the Irishman, as he revealed when the announcement was made that he is gearing up to take on Manny Pacquiao in his second professional boxing bout before the end of the year. However, he should underestimate Poirier and look past the veteran.