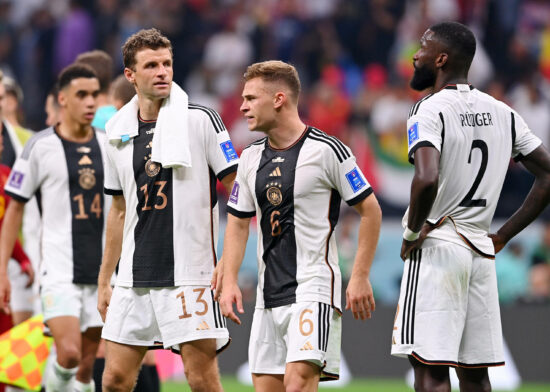 If you’re looking for the latest World Cup predictions for Costa Rica vs Germany, then look no further than Vegas Odds.

Germany will come into their final Group E fixture with everything to play for, as Hansi Flick’s side needs a victory against Costa Rica to reach the round of 16. However, Costa Rica could qualify for the round of 16 with just a point.

It was a disaster for German soccer four years ago when they crashed out at the group stage at the World Cup, but a repeat performance in Qatar would be widely condemned back home. In truth, Germany is fortunate to still have a chance of progression at the World Cup, as Japan’s shock defeat against Costa Rica means that a win will see them through Group E.

Germany’s World Cup campaign couldn’t have got off to a worse start, as they were humbled by Japan. However, they at least showed their fighting qualities in their following match, as they struck late to steal a 1-1 draw against Spain. But, Germany has failed to win their opening World Cup fixtures for the first time in their history.

Very few would have suggested that Costa Rica could stand a chance of progression after their 7-0 mauling at the hands of Spain on matchday one. However, the Central American side kept their dreams alive in their second group game, as they recorded a fortunate 1-0 win against Japan.

This has been a World Cup full of shocks, but Costa Rica reaching the round of 16 for the second time in their history would be the biggest of the lot. They have been extremely poor in both games that they have played, and their odds for this fixture accurately show just how little chance they have of getting the win that they require.

Joshua Kimmich to Have 1+ Shot on Target

Germany will dominate this fixture, which means there are a number of interesting betting angles when it comes to shots on goal. Antonio Rudiger is extremely interesting at +200, having registered 2.5 across two games.

However, Joshua Kimmich is our safer play, as the midfielder has averaged three shots per game at the World Cup.

Germany can count their lucky stars that Costa Rica was able to keep them alive at the World Cup with a win against Japan. They are extremely fortunate to find themselves in this position, but we can’t see them dropping points in this fixture. We expect a dominant German win, but it’s unlikely to make much of a difference in the context of their chances of winning the tournament.