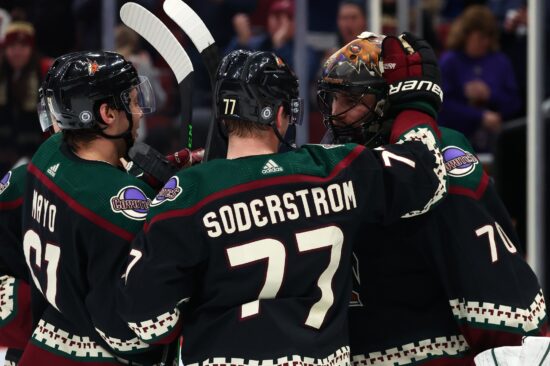 It will be a classic battle of top vs bottom in the Central Division on Friday evening, as the Arizona Coyotes look to upset the odds away from home against the Stanley Cup favorites; the Colorado Avalanche.

The Colorado Avalanche could be onto something special this season, as they look to win a third Stanley Cup, and a first in 20 years. They have been incredibly productive throughout the season and come into the weekend sitting second in the Central Division. However, they are just three points off the Nashville Predators, who are the current leaders in the division. Only the Predators and Vegas Golden Knights have won more points in the Western Conference than the Avalanche this season. Meanwhile, no side in the West have been more productive in front of goal, as the Avalanche have scored an incredible 143 goals to this point.

Colorado will be looking for a response this weekend though, as they saw their five-game winning run end in their previous outing. However, positives certainly could have been taken despite the defeat, as they eventually lost 5-4 after overtime. The Avalanche started slowly in the game, but eventually outscored the Predators 2-1 in both the second and third periods, before coming up short. Cale Maker, Andre Burakovsky, Nathan MacKinnon, and Nicolas Aube-Kubel scored the goals in defeat.

Coyotes Rooted To Bottom Of Division

It has been a hard season in the NHL for the Arizona Coyotes, and moving off the bottom of the division would be considered a huge achievement for them given the position that they find themselves in. The Coyotes have picked up just 19 points from the 34 games that they have played in the Central Division this season, which is the second-lowest points tally in the whole of the NHL. Meanwhile, only the Montreal Canadiens have won fewer games than the Coyotes this term.

However, positives can certainly be found over their last ten games. Arizona have won three times in their previous ten, which includes a victory in their last NHL fixture against one of the favorites for the Eastern Conference; the Toronto Maple Leafs. The Coyotes scored the winning goal in the final period, with both being scored by the excellent Ryan Dzingel. Arizona will be looking for a second straight big victory this weekend against another of the leading contenders for the Stanley Cup.

Arizona should have confidence coming into this game following a win against the Maple Leafs. However, there are few sides that have been as productive as the Avalanche this term. We expect the hosts to outscore their rivals with ease on Friday night, and can also see them scoring over 2.5 goals in the first period and winning every period.