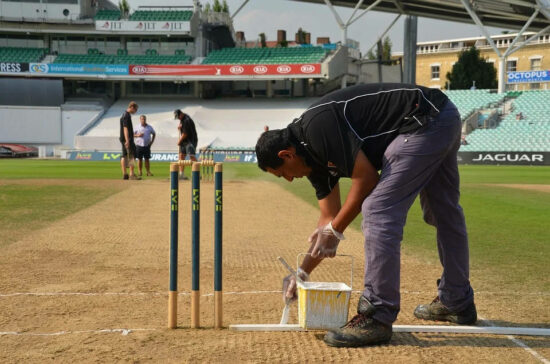 The re-arranged T20 World Cup will see the biggest cricketing stars on the planet clash in the short form of the game. There is set to be big-hitting and dazzling fielding over the month-long competition, but will Sri Lanka be able to successfully defend the title that they won back in 2016?

The World Cup gets underway on Sunday, 17th October with a double-header of fixtures in the group stages. Oman face Papua New Guinea before Scotland open their campaign against Bangladesh. Below, you can find the most important dates for the competition.

The format of the T20 World Cup is slightly different from other competitions. Eight teams will enter the competition in the first round, as they play each of the other teams in their respective group once to find the two nations that qualify in the top two places from each. The groups for the first round can be found below:

The two nations that make it out of these respective groups then join the Super 12 stage, which is where the cricketing superpowers enter. Four teams are already set for Group 1 and Group 2, with the respective qualifiers joining either of the groups depending on the place that they qualify in the first round.

The two top teams from each of the groups in the Super 12 then reach the semi-finals. Winning teams in this knockout round will then clash in the T20 World Cup Final, which will be played at the Dubai International Cricket Stadium on 14th November.

West Indies will be looking for a record-extending third success in the World Cup this year, after claiming a second victory in India five years ago. The West Indies overcame England in a gripping final by four wickets. However, it is the two leading nations in the betting that could be the best placed. India haven’t won the T20 World Cup since the inaugural event in 2007.

However, confidence in the camp will be high after a recent test success against England. India were recently beaten in a T20 series against Sri Lanka, but the returns of Virat Kohli, KL Rahul, and Rohit Sharma certainly improve their chances. England also have an excellent chance, with Moeen Ali and Liam Livingstone making the squad after impressive showings in The Hundred for the Birmingham Phoenix. Further batting depth is added by Jos Buttler and Jonny Bairstow, while the inclusions of Tymal Mills and Adil Rashid add quality with the ball.

Who will win the T20 World Cup:

It’s hard to separate the top two in the betting, but our slight preference is for England. Livingstone led The Hundred in terms of sixes, while his performances in the shorter-form games means that he could be one of the stars of the tournament. Depth is also evident in the squad in all departments, as England look for a second T20 World Cup win, with their first coming in 2010. England also reigned supreme in the ODI World Cup in 2019.