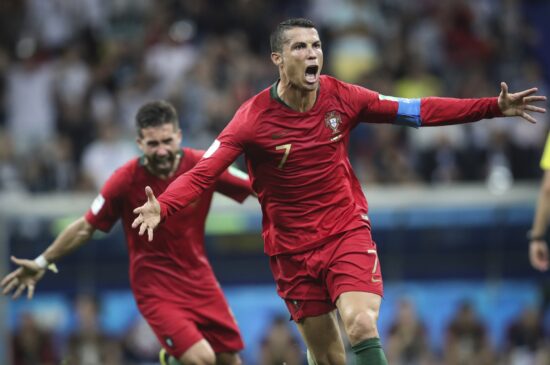 Cristiano Ronaldo isn’t going anywhere; said Juventus head coach Massimiliano Allegri said at the press conference today. He wanted to end all the speculations about the Portuguese’s future and prevent any negative consequences that might come out of that.

Juventus starts the Serie A competition this weekend, and the Old Lady is the biggest favorite to win the title. Apart from that, the biggest club in Italy will try to attack the UEFA Champions League trophy.

Arguably the best player in the world was a subject of various stories this summer. Many of them were about his future and potential destinations. As usual, all the biggest teams on the continent were in the mix, but apparently, Ronaldo won’t go anywhere, or at least that is what Allegri said today.

Juventus’ board told its manager that the best player is staying at Allianz Stadium and that he doesn’t have to worry about his status.

Furthermore, Allegri added that Ronaldo’s behavior and professionalism didn’t change at any point of the summer and that he never had any desires to leave the Italian powerhouse.

Ronaldo didn’t play against Juventus’ youth team last Thursday, which was another reason for the media to start printing sensational headlines and speculations. He will be ready for the season opener against Udinese.

The player himself recently addressed the public with a message in which he strongly denies any chances of coming back to Real Madrid, but on the other side, he didn’t speak about staying in Turin.

Juve’s elimination from the UCL’s round of 16 last season was when all the rumors about his departure from Italy began. Recently, we even saw some stories about him joining Lionel Messi in PSG after this year, but all that didn’t have any official background.

Will Juve Win Serie A or UCL?

Juventus starts the Serie A adventure on the road against Udinese this Sunday. They are strong favorites for three points, -200, while Udinese’s victory is +600.

As for the UEFA Champions League, things are different. PSG (+310) and Manchester City (+390) are the top contenders for the trophy, while Juve currently sits eighth, +2000. In between them and the leading duo are Bayern Munich, Chelsea, Liverpool, Man United, and Real Madrid.

Unlike the previous years, Juve is not in the top five teams, which could work in their favor. They don’t have the pressure, and many believe that the team is washed out. However, any team with Ronaldo has to be counted in when mentioning trophies.