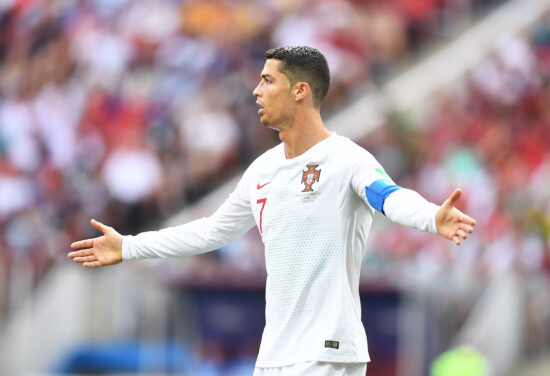 After Kevin Durant’s trade request, one similar situation happened in Europe, where Cristiano Ronaldo decided to make an official transfer request from Manchester United and set the market on fire.

The reason for Cristiano’s decision is the fact that he wants “a more ambitious” environment. Manchester United is in the process of a rebuild right now, with the new manager taking over and making a system of his own.

Erik Ten Hag arrived from Ajax this summer, and he already started bringing new players, mostly those against or with whom he played in the Dutch Eredivisie. On the other side, several guys are on the exit doors, and it appears that the Red Devils are experiencing significant structural changes.

For Ronaldo, that isn’t acceptable as he wants another run at the trophies, particularly at the UEFA Champions League. Even though he plays at a high level, he’s 37 so this next move could be his last.

United finished sixth last year in the English Premier League. That was one of the worst records since establishing the Premiership, and the team wasn’t competitive in any of the competitions it participated in. Furthermore, they don’t have high ambitions for the season to come, and Ronaldo doesn’t want to waste his time in such a club.

The top contender for landing Ronaldo is Bayern Munich. The German champions are +350 to sign the player, and with him involved, the Bavarians would probably be the top favorites to win the UEFA Champions League.

Bayern will probably lose Robert Lewandowski, but already got Sadio Mane and Ryan Gravenberch, two fantastic additions. With Ronaldo involved, we can imagine what they would look like upfront.

The next team on the list is Real Madrid (+500), where Ronaldo spent the most successful period of his career. He was part of arguably the most dominant generation in the UEFA Champions League, and not just that, the leader of the same.

Carlo Ancelotti leads the reigning UCL champions, which is a plus for Los Blancos, as the two already worked together and won one continental trophy back in 2014. So, this might be the most logical outcome of the entire story. There is no need to take a risk and go to Munich when Ronaldo has the option to come back home, among the known and friendly faces. Benzema and Modric are still on the team, making things much easier for Cristiano to fit in if he returns to Bernabeu.

AS Roma is third at +600. Il Lupi have high ambitions for this season, and Jose Mourinho announced the creation of a respectable team that might attack Scudetto. Juventus is +1200, but at the moment, the Old Lady isn’t looking capable of winning trophies.