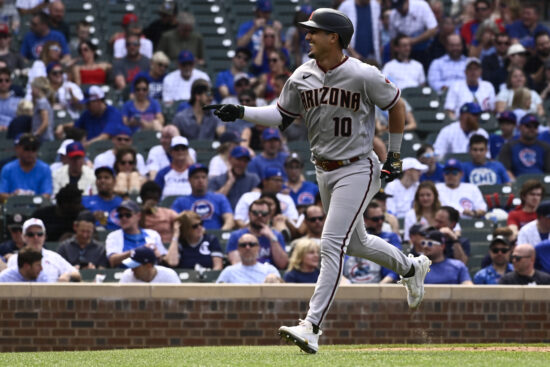 The Diamondbacks are back within one game of .500 after taking the first two games in their road series against the Cubs. They’ll have an opportunity to return to .500 at 21-21 with a series sweep on Saturday.

The Cubs have fallen to 15-23. They’ve been very streaky this season. Before their current three game losing streak, they went on a 6-2 stretch that was preceded by a 2-10 slide. They’ll look to salvage the series at home in this one.

Cubs Still Up and Down

Chicago is still having trouble winning consistently. After a great stretch of 6-2, they’ve now lost three in a row. The Cubs were the beneficiaries of great pitching as of late. Before the Diamondbacks exploded for 10 runs on Friday, Chicago had given up just 10 runs in their last 6 games, about 1.5 runs per game. They have Justin Steele (1-4, 4.50 ERA) on the mound in this one. They’ll be hoping he can return them to the form of their previous win streak.

Despite the strong pitching, Chicago has been very inconsistent on offense. They’re led by catcher Wilson Contreras and center fielder Ian Happ. In Chicago’s impressive two shutout wins against the Pirates, those two combined to go 6 for 15 (.400) with 5 RBI’s. In the 3-game losing streak that immediately followed they’ve combined to go 1 for 18 (.056) with no RBI’s. This massive shift in success from two of the Cubs’ top hitters has perfectly illustrated the inconsistency of their season.

Arizona’s continued competitiveness can be mostly attributed to their offense. While they give up the 6th most runs in the league, their offense ranks much higher. The Diamondbacks’ batting has been especially effective as of late. They’ve averaged over 5 runs per game in the last week, but managed only a 2-4 record in that time thanks to poor pitching. Arizona has Madison Bumgarner (2-2, 2.29 ERA) on the mound in this one, who should provide some much-needed pitching stability.

The Diamondbacks’ recent offensive surge has been spearheaded by some newcomers in the lineup. Third baseman Josh Rojas joined the lineup on May 6th. He’s hitting .289 in the time since, and homered three times in last night’s win against the Cubs. Center fielder Alek Thomas joined the lineup on May 8th and has led the entire roster in hitting since, batting .333 with a .992 OPS. The Diamondbacks will rely on these newcomers and strong pitching from Bumgarner to try and help them get the series sweep.

The Cubs are favored in this one by Vegas, and did take two out of three in their previous series in Arizona. That being said, the Diamondbacks are the better team right now, and the pitching matchup favors them as well. The Cubs’ bats have mostly gone cold, and they’ll face a tough opponent in Mad-Bum to try and heat up against. I’m not sure Steele can hold the Diamondbacks down enough to keep his offense in contention. I’ll take the road sweep for Arizona.