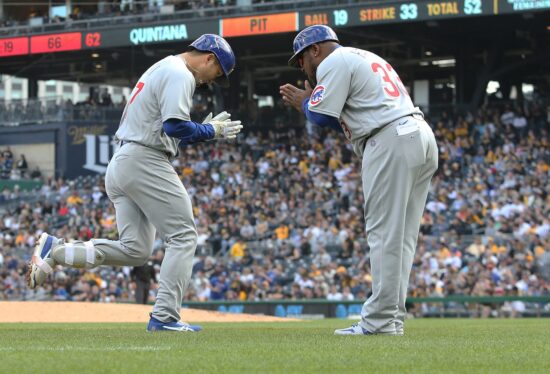 Despite an 11-3 loss to the Marlins on Wednesday, the Arizona Diamondbacks continue to be one of the more surprising teams in baseball with a 17-15 record. That may not seem like the greatest win/loss margin, but when you consider the D’Backs were a 110-loss team last season that’s quite the turnaround.

The Chicago Cubs are coming off a surprising series win against the Padres, and are now hoping for two in a row over another NL West team. Chicago had lost five in a row coming into the visit to San Diego, but maybe getting out of the Windy City for a bit is just what this team needed. The Vegas odds still have Arizona a -115 favorite in this Cubs vs Diamondbacks matchup.

Who Are These Guys?

Chicago is taking an interesting approach to the 2022 campaign, they’re obviously in a rebuild but at the same time chose to spend some money on free agents like Marcus Stroman and Seiya Suzuki in the offseason. As a result, you’ve got guys like Alfonso Rivas – who some diehard Cubs fans have never even heard of – playing big parts like he did with 4 RBI the last two games against San Diego.

It’s whatever works at this point for Chicago, who is just 11-19 to start the season and already 8 GB from the Brewers in the NL Central. The Cubs are still toiling along though as evident from the series win over the Padres, and they’ll take any contributions they can get right now. Willson Contreras has led the way going 7 for his last 10, making him either a huge target closer to the trade deadline or in line for a contract extension. Contreras should also be in line for a big game Friday night considering it is his birthday.

Drew Smyly (1-3, 3.04 ERA) gets the ball for Chicago on Friday night trying to snap a stretch of three straight losses. He hasn’t pitched bad over that span with just 2 ER allowed over each of his last two outings, but the Cubs offense has scored a combined 3 runs over the losing streak. That’s four of five Smyly starts on the season that Chicago has plated 2 runs or less.

Diamondbacks in a Good Spot

Arizona should be ready for Friday night’s matchup, not just because the D’Backs were thumped 11-3 on Wednesday but also because they no know they can’t look past the Cubs after San Diego dropped two of three to this 11-19 team. Arizona has won 7 of their last 9 and are treading water 4 GB in the NL West, so getting a sweep over the weekend would be the best possible outcome.

The Diamondbacks success is somewhat interesting considering Alek Thomas is the only player on their roster hitting above .250 right now – and that’s just because he’s only played 4 games. Thomas has showed promise going 5-13 with a HR and two doubles in the first four games of his career – and is a Chicago native so should have extra incentive on Friday. Arizona still ranks 25th in the majors in runs/game (3.62) though and their .198 team BA is the worst in MLB.

Zach Davies (1-1, 3.34 ERA) gets the ball against his former team on Friday night in the Diamondbacks vs Cubs meeting. Davies had the worst season of his career last year with Chicago, going 6-12 with a 5.78 ERA. He’s been loads better this season, not allowing a run over two straight starts while giving up 2 ER or less in 4 of 6 outings in 2022.

Chicago looked good in taking 2 of 3 from San Diego but is that enough to give this team momentum? The Padres seemingly overlooked the Cubs, but Arizona won’t make that mistake especially with the Diamondbacks trying to make reparations from an 11-3 beatdown at the hands of the Marlins in their last game.