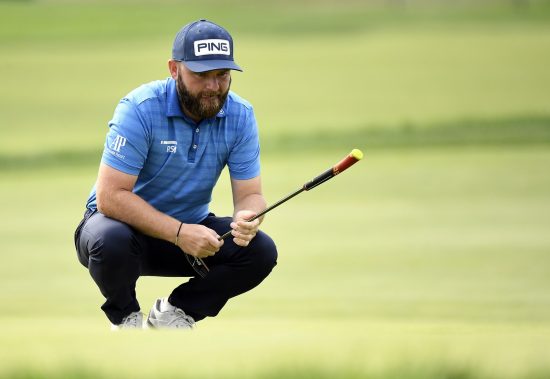 The European Tour is heading for another important stop on the golf calendar with Cyprus proving an exciting place for players and fans on Thursday, October 29. The Cyprus Open will be a precursor to the Cyprus Classic week, bringing two weeks packed with golf action.

None of these events would feature live crowds, Ben Cowen, the European Tour’s Deputy Chief Operating Officer International, commented but things may start to change as early as next year.

The course itself, the Aphrodite Hills Golf Resort, stretches on some 6,877 yards, and offers ample opportunities for some intense swinging. We are going to have at least four wortwhile picks, with a field of contenders who would be looking to prove themselves and a respectable prize purse worth $1 million.

This is a one-off event which invites a lot of uncertainty by a field of contesters capable of surprises.

Odds to Win the Cyprus Open

Where and When to Watch Cyprus Open?

Sam Valimaki: An Underdog Pick Not to Miss

We don’t usually start with the underdogs, but Sami Valimaki (+3000) makes a great dark horse for the upcoming golf action on Thursday. He has had three consecutive top-10 finishes and this doesn’t include his T13 at the BMW PGA Championship.

With a healthy track record and decent odds, he is definitely a worthwhile choice. He still has some rough edges to polish, but as a golfer, he is ranked within top 50 for distance and accuracy.

Both are important factors in determining the success and trajectory of a golfer’s career. He is composed and takes any upset in stride, so you can definitely count on Valimaki to rise to the occasion as an underdog.

Andy Sullivan is giving a very strong chance to win at (+1200), but he has fallen into a bit of a rut. The BMW PGA Championship wasn’t too bad all things considered, and Sullivan finished T3, a good showing, and better than our tipped underdog.

On the other side, his last three games weren’t impressive. He finished T26 at Aberdeen Standard Investment Scottish Open, and before that T72 at the US Open, preceded by T78 at Estrella Damn NA Andalucía Masters.

He does rank average for important statistics such as driving accuracy and driving distance but excels at greens in regulation and stroke average. In Sullivan’s defense, the few recent unfortunate turns weren’t that important, bar the US Open, which would have been a chance for Sullivan to shine.

Yet, it’s hard for European or an American to adapt to some native courses and vice versa. However, Sullivan is playing on his home turf, even if a short trip from home, and he is bound to do well.