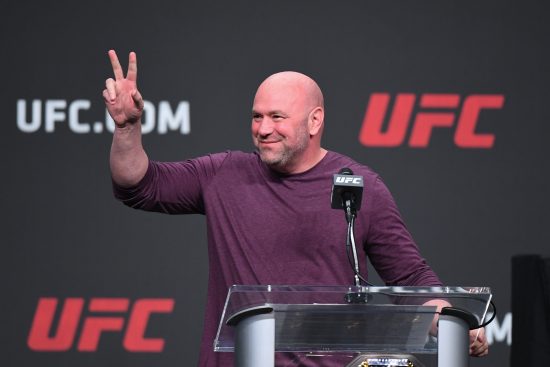 Per Dana White himself, the UFC intends to book a fight between Israel Adesanya and Jan Blachowicz. That spectacle should take place at the UFC 259, planned for March 6, 2021.

Adesanya Going Up to 205 Pounds

The Last Stylebender wants to enter history and become one of few two-division champions in the UFC. In order to do that, Adesanya plans to move up to the light heavyweight division and challenge the current title-holder, Jan Blachowicz (27-8 MMA, 10-5 UFC).

Izzy is the middleweight champ, winning the belt against Robert Whittaker at the UFC 243, and defending it twice after that, against Yoel Romero and, most recently, vs. Paulo Costa.

Adesanya (20-0 MMA, 9-0 UFC) was in the mix for going up and challenging Jon Jones the moment he dethroned Whittaker, with the Kiwi wanting the biggest name in the organization right away. The two had some pretty fiery trash talks on social media, calling one another various names, but after all the recent troubles Bones found himself in, it appears that this spectacle won’t be on the table for quite some time.

Jones’ current plans are not indicating that he might come back into the octagon soon, and even if he does, there are some rumors that the Bones would be competing in the heavyweight division.

The legendary light heavyweight champion vacated his throne this October, and immediately after, the UFC set up a fight between Blachowicz and Dominick Reyes, who lost to Jones previously in their title-clash.

Even though Reyes stood better with the bookies, who were giving him a considerable advantage (mostly due to his fantastic performance against Jones), the Pole viciously knocked him out, taking the silverware for himself. It was one of the biggest upsets this year, but Blachowicz had a fantastic run of eight wins in the past nine contests, which suggests that he definitely deserved to be at the top.

Various Motives For the Fight

Adesanya is untouchable in the middleweight, and that is already clear now. He defeated both Paulo Costa and Yoel Romero, without some notable trouble, while stripping Whittaker of his title pretty easily. On top of that, he has enormous charisma and is a hype magnet. That is excellent for marketing and for making money, which is what the UFC wants.

Besides that, Adesanya is someone who loves to compete, and it is no wonder why he challenged Jones previously. Izzy believes he is one of the greatest in this sport and wants to prove that regardless of the challenge and the opponent.

As for Blachowicz, the victory against Reyes propelled him into the elite echelon of the UFC. Soon to be, the 38-year old knows that he doesn’t have too much time when it comes to utilizing his current success. The money that will revolve around this match is enormous, and Blachowicz’s share would be more than enough to secure his future.

So this gives us an answer to why he accepted the bout without making at least one successful title defense against other opponents from his division.