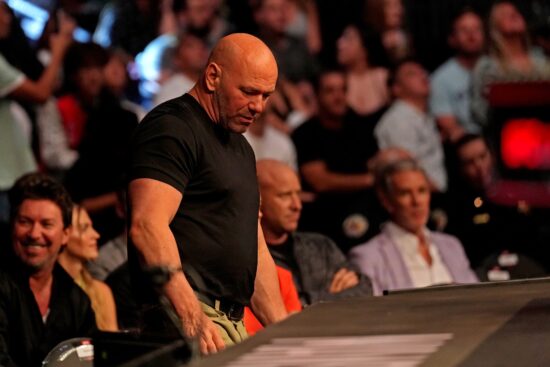 If you’re in search of some Contender Series predictions, look no further – Vegas Odds has you covered!

Unfortunately, we’ve come to the end of Dana White’s Contender Series for 2022.

The final event of the series is DWCS Week 10, which is on the program on Tuesday, September 27. If you take a look at the fight card, you’ll see that the 2022 Contender Series is going away with a bang.

All five matchups look spicy, starting with the headliner bout. The fight in question is a middleweight clash between Donovan Beard and Bo Nickal, who’s already won one DWCS bout, but didn’t get a UFC contract.

Bo Nickal fought in Dana White’s Contender Series in August when we saw him beat his opponent in Round 1, after only 62 seconds. Unfortunately for Nickal, that wasn’t enough for him to get a contract offer from Dana White. On the bright side, Nickal will have another chance at DWCS Week 10.

Nickal won his first DWCS fight by submission, which came as no surprise, considering that he’s an elite wrestler, who’s fought 100+ times in the NCAA Division I Wrestling. He also has experience in freestyle wrestling, which is the sport he represented the United States in three years ago at the 2019 U23 World Championships.

Knowing all this, one must assume that if Nickal is going to win on Tuesday evening, he’s going to do it by submission. But is he going to win? His opponent is Donovan Beard, a well-rounded fighter with a 7-1 record in professional MMA.

It’s not going to be easy for Nickal to beat Beard – which is why this matchup was picked to serve as the DWCS Week 10 headliner – but we think he’s going to pull it off.

Sam Patterson is a lightweight fighter, weighing 154.9 pounds. However, he’s surprisingly tall for a lightweight, standing at 6’3. If he signs for the UFC, he’d become the tallest fighter in the division. The big question, however, is will he get a UFC contract?

For that to happen, the British fighter needs to beat his Brazilian rival, Vinicius Cenci. Unlike Patterson, who’s a well-rounded fighter with plenty of weapons in his arsenal, Cenci’s strongest weapon is grappling.

Freddy Emiliano Linares is 8-1 in his pro career, with his only loss happening due to a doctor’s stoppage. We think his second loss might happen in the 2022 DWCS season finale.

The reason is that he’s taking on a rising star in Australian MMA. Jack Jenkins is the man in question, whose record is 9-2, with six straight wins.

The Aussie sparred with his countryman Alexander Volkanovski on several occasions, and it was Volk who apparently helped Jenkins’ career. The story goes that the UFC Featherweight champ helped Jenkins get a deal with Paradigm Sports, a sports management agency that manages a number of UFC stars, including Israel Adesanya and Conor McGregor.

If Paradigm Sports have faith in Jenkins, we need to trust him too. He should be able to beat Linares on Tuesday night, getting himself a UFC deal along the way.

Two Brazilians lock horns in the only flyweight fight of 2022 DWCS Week 10. Joao Elias is 17-3-2 in his pro career, with 65% of his wins happening by submission. His opponent, Rafael Ramos Estevam, is 10-0 in his career, with three wins by KO/TKO, three by submission, and four by decision.

Ramos Estevam’s record is even more impressive when you take into account the fact that he’s fought against some pretty nasty opponents. For instance, his most recent fight was against previously undefeated Filipe Esteves.

Ashiek Ajim is 6-1 in his career, with three of his previous fights finishing in under a minute. He won two of those by KO/TKO and one by submission, showing that he’s a well-rounded fighter. There is a caveat, however. All of his wins happened against fighters with not too impressive records.

Actually, Mateus Mendonca is going to be his toughest opponent so far. Menconca is 9-0 with a couple of wins against decent fighters in his native Brazil. He too is a well-rounded fighter, but his biggest advantage over Ajim is probably his stamina. Unlike Ajim who fought over two rounds only once, three of Mencoca’s fights went the distance.