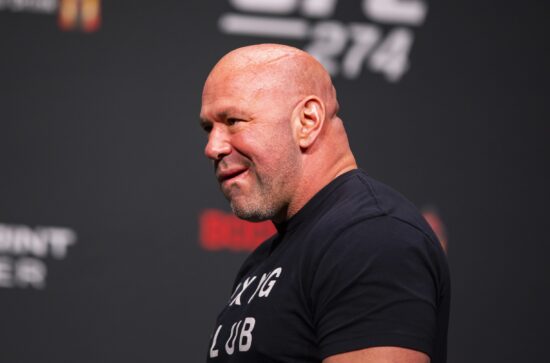 The previous event of Dana White’s Contender Series Season 6 was nothing short of brilliant with four of the five bouts finishing with a KO. Are we going to see something similar at DWCS Season 6 Week 3?

Also known as Dana White’s Contender Series 49, the event is scheduled for Tuesday, August 9, 2022, at UFC Apex Centre in Vegas. The DWCS Week 3 is headlined by a middleweight fight between Zachary Borrego and Bo Nickal, while there are another four interesting fights confirmed for the event.

In this post, we’re going to preview all of those fights, sharing our top DWCS picks along the way.

So far in the 2022 DWCS, six fighters have earned contracts with the UFC and it’s very likely we’ll see a few others get a deal after Tuesday’s event. In our eyes, Bo Nickal is the main favorite to land one.

He’s a former NCAA Division I wrestler who got into the spotlight after getting a knockout win on his debut. It happened in June when he hammered his opponent to the ground at Jorge Masvidal’s iKon Fighting Championship 3.

Nickal’s job on Tuesday isn’t going to be easy as he’s fighting a pretty decent fighter who’s 4-0 in his professional career with three fights won by KO/TKO. The man in question is Zachary Borrego, a Taekwondo silver medalist at Junior Olympics.

Borrego knows how to strike, but so does Nickal – as we saw in his debut. Still, his main weapon in this fight is probably going to be his ground game. That’s the aspect in which he’s way better than his opponent.

Originally, Paulo Renato Jr. was supposed to fight Caio Machado, with Jamal Pogues stepping in as his replacement. At first glance, Renato Jr. should feel good that he doesn’t have to fight Machado, but this doesn’t mean that he’s going to have an easy job on Tuesday.

Actually, we don’t see him as the favorite in this bout. The thing is that he’s a former welterweight fighter who moved to the heavyweight division last year. Although he’s undefeated in this weight class, the fact is that he hasn’t fought against such a quality opponent as Pogues.

Speaking of Pogues, he’s already fought in DWCS. It happened in 2019 when he won against previously unbeaten Marcos Brigagao.

Anvar Boynazarov is already 33, but this is going to be only his fourth professional MMA fight. It’s not that he’s a late bloomer; it’s just that he was competing in kickboxing and Muay Thai in the past. And his record in those sports is brilliant with some impressive wins over elite fighters like Giga Chikadze, for example.

Since switching to MMA, he is 3-0, finishing his opponents by KO/TKO each time. Are we going to see The Uzbek do it again? We sure think so, even though his opponent at 2022 DWCS Week 3 is a fighter with a pretty decent portfolio. Erik Silva is 8-1 overall, but he still hasn’t fought against such a good opponent as Boynazarov.

Clayton Carpenter started his pro MMA career in 2019 and has been nothing short of impressive since. He is 5-0 with four of his fights finishing within the distance. Three of those ended in Round 1. The most impressive thing is that his most recent fight saw him knock out his opponent after just 13 seconds.

He probably feels great about his chances in the upcoming bout, but he needs to be extra careful on Tuesday as he’s locking horns with an enthusiastic fighter who is 7-3 in his career. Edgar Chairez is a great striker who’s coming off back-to-back wins by KO/TKO.

Still, his Achilles’ heel might be grappling/wrestling, as evident from the fact that two of his three career losses happened by submission. Knowing that Carpenter is a Jiu-Jitsu brown belt, things aren’t looking great for Chairez.

This is going to be the first female fight of the DWCS Season 6. Unfortunately, we don’t think it’s going to be a banger. Instead, it’s very likely this fight will go the distance. The reason we think this is that eight of Wojcik’s 10 professional fights went the distance. When it comes to Lavado, only four of her 12 fights finished within the distance.

We think the winner of the Wojcik vs Lavado fight is going to be decided by the judges, but which fighter will it be? It can go either way, but our pick is Wojcik, considering that she’s coming to DWCS after two decent performances in KSW.