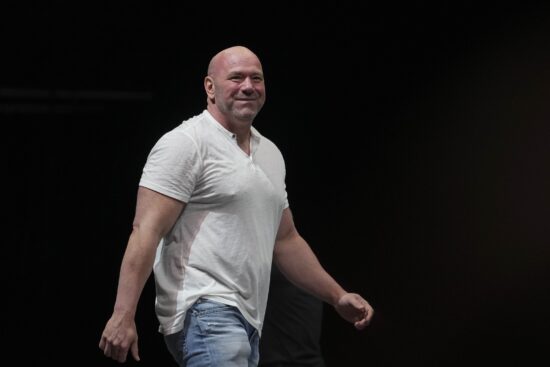 After doing pretty great with our Contender Series predictions last week, we decided to go again and preview all the fights scheduled for week 4!

The exciting event will take place on Tuesday, August 16 at the UFC’s state-of-the-art Apex Centre.

There are five bouts on the fight card, with Thomas Paull vs. Esteban Ribovics (lightweight) serving as the headliner. That’s the fight with which we’ll kick off our Contender Series predictions.

Thomas Paull a.k.a. Juggernaut is a 27 years old knockout artist from England who is 11-3 in his professional career. All 11 of his wins happened by knockout/technical knockout. When it comes to his losses, he got KO-ed once, while also losing two fights by submission.

The bad news for Paull is that he’s locking horns with a fighter who has a 100% finish rate. Esteban “Gringo” Ribovics is the man in question, a 26-year-old from Argentina who is 10-0 thus far.

Half of his wins happened via knockout and half by submission, which shows that he’s a more well-round fighter than Paull.

Claudio Ribeiro is 9-2 overall, with eight knockout wins. He’s 5-0 in his previous five fights, winning each time by KO/TKO. It sure sounds good, but there’s a caveat – none of his opponents in those fights were nowhere near as good as the man he’s fighting next Tuesday.

Ribeiro either fought newcomers (e.g., Jhony Gregory who had only two fights prior) or veterans with not-too-impressive records (e.g., 40-year-old Kelles Albuquerque who was 24-19 before the fight).

At Dana White Contender Series 2022: Week 4, Ribeiro is taking on Ivan Valenzuela who is 8-1 in his pro career. This guy seems to have more weapons in his arsenal than Ribeiro, considering that he won four fights by KO/ TKO, three by submission, and one by decision. When it comes to the only loss of his career, it happened by decision.

Hailey Cowan is 6-2 in her professional career with two wins by each method – KO/ TKO, submission, and decision. Both of her losses came by submission, which is a fact that needs to worry her as her opponent on Tuesday is coming off a fight in which she showed amazing grappling skills.

What we’re talking about is Claudia Leite’s submission win at Nacao Cyborg 10, which was the eighth win of her professional career. She also has two losses, one by KO/TKO and one by submission.

We believe Leite does have the skillset needed to win within the distance. However, experience teaches us that when it comes to WMMA, fights tend to last until the final bell.

So far in DWCS 2022, we saw just one women’s fight and it went the distance. Last year, three of the four women’s fights were decided by the judges.

After losing by submission on his professional debut, Nazim Sadykhov went on to win the next six fights. Four of those he won by KO/TKO, including his most recent bout in which he put his rival to the ground after just 55 seconds.

Sadykhov’s strategy in Tuesday’s fight is very likely to try and stay on his feet. The reason isn’t just that his strongest weapon is striking; it’s also because Ahmad Suhail Hassanzada is very good on the floor. Hassanzada is 8-1 in his career, with four submission wins, three by KO/TKO, and one by decision.

Jose Johnson (14-7) is back on the Contender Series. His first try didn’t go as planned – he lost by unanimous decision. Will he do better on his second attempt? We don’t think so as he’s taking on undefeated Jack Cartwright who is 10-0 so far and who’s had experience fighting at a high level.

Cartwright’s previous fights were fought under the banner of Cage Warriors, with each of his opponents having 10+ pro bouts under their belt.