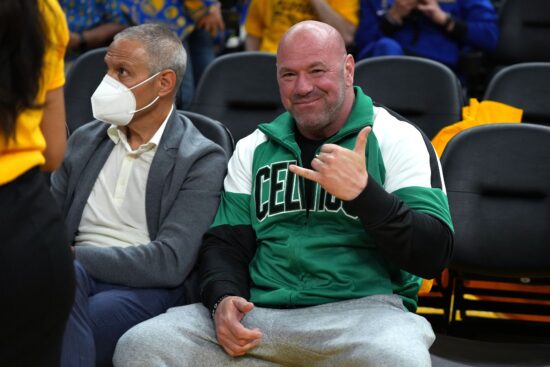 Ahead of week 5, if you’re looking for some Dana White’s Contender Series predictions, you’ve definitely come to the right place!

The next event is on the program on Tuesday, August 23, 2022, at UFC Apex in Vegas. DWCS Week 5 brings us five interesting matchups, with the headliner being a fight between two undefeated heavyweights – Eduardo Neves and Michael Parkin.

We’re now going to preview all five fights and share our top Contender Series predictions with you.

*Please note – some betting markets are only available from offshore bookmakers*

So far in the DWCS Season 6, there’ve been only two heavyweight fights. The winners of those bouts got themselves a contract with the UFC, which proves that the promotion is in need of heavyweights. That said, the winner of the only heavyweight fight of DWCS Week 5 is very likely to land a UFC contract. So, who is it going to be: Eduardo Neves or Michael Parkin?

Both fighters are 5-0 so far, with each win happening by knockout/technical knockout. The difference, however, is that Neves has fought against tougher opponents than Parkin. Three of his fights were against previously undefeated rivals. Meanwhile, Parkin has never fought against a fighter with more wins than losses.

FUN FACT: Parkin’s second pro fight was against Jan Lysak who was 0-17 at the time (“The Monster” is currently 0-23).

Knowing all this, it’s only logical to think of Neves as the favorite in the DWCS Week 5 headliner. We think he’s going to win, and we think it’s going to be by KO/TKO, probably in the early stages of the fight. After all, that’s how the 22-year-old Brazilian likes to fight – he defeated each of his previous three opponents in Round 1.

This is going to be Darrius Flowers’ fourth fight in 2022. He’s 3-0 this year, while his overall record is 11-5. He won seven fights by KO/TKO, which shows that striking is his strongest weapon. He’s also an okay wrestler and has a decent grappling technique, even though his stats might suggest otherwise.

The thing is that four of his losses happened by submission. However, we don’t think that’s something that should worry him too much ahead of the fight with Amiran Gogoladze who prefers a brawl on the feet.

Erisson Ferreira is already 31, so this might be his last chance to earn himself a big salary. His record is pretty decent with 11 wins and just one career loss.

What’s interesting about this guy is that he tends not to fight too often. In fact, he’s fought just one fight per year since 2019. This strategy seems to be working out for him as he’s won some decent fighters, most notably Lun Qui who’s now a UFC fighter.

Ferreira’s opponent at DWCS Week 5 is Jesus Santos Aguilar, a 26-year-old who is 7-1 in his pro career with five finishes. Aguilar is great on the floor, as evident from the fact that all five of his finishes happened via submission. However, he’s not very good when fighting on his feet, which is something Ferreira is likely to exploit.

Both fighters have five professional wins in their portfolio, with Saaiman still at zero losses. Wang-Kim has one defeat, but it happened via disqualification.

Before going pro, both fighters had decent success in amateur MMA. Wang-Kim was 15-1 before deciding to go pro, while Saaiman’s amateur record is 5-0. What’s interesting about Saaiman is that his amateur debut happened when he was only 14.

Seven years later, he’s trying to take his career to a whole new level. Unfortunately for Saaiman, we don’t think his plan is going to work. At least not yet. The reason is that he’s taking on an experienced opponent who seems to have way more weapons in his arsenal.

Denise Gomes is 5-1 so far in her pro career, but she’s fought against some pretty decent opponents. For example, her most recent fight was against Milana Dudieva, a former UFC fighter who fought against former champ Julianna Pena a few years ago.

Gomes beat Dudieva by TKO and we think she might do something similar against Denise Gomes. Sure, Gomes’ record looks impressive – 11 wins and five losses – but there’s a caveat. So far, she’s only fought in her native Brazil against opponents with limited MMA experience. Plus, all of her previous four bouts were against fighters with zero pro wins.